Eminent documentary film maker Sanjay Kak’s latest work, Red Ant Dream was screened at the C.V Raman Auditorium, University of Hyderabad (UoH) on Tuesday, 31st August 2013. The screening was followed by an interaction with the film maker, in which he fielded questions related to the film as well as matters regarding his previous work, particularly his film on Kashmir, “Jash-e-Azadi”.

Faculty members, students’ and film enthusiasts in the campus attended the screening, organized by Department of Communication, S.N School of Arts and Communication.

Red Ant Dream, a 2-hour long political documentary dealt with the subjects of those who wage war against the state. The majority of the film showcased the Maoists group in Bastar region in Chhattisgarh and Orissa and their fight against the Indian state. The film also covered other resistance movements in the country such as in Orissa, Punjab as well as the counter-insurgency measures undertaken by the Indian security forces.

Sanjay Kak said he had attempted to bring home the point that the Maoists were not just faceless “rebels” but individuals with a human face. He added, “The story, when viewed along other such movements across the country such as in Punjab and Manipur, brings an interesting new angle to the film.”

When asked whether he see hope in such movements, he said “I hope the film is hopeful; however I am pessimistic regarding the long term success of such resistance movements as the advance of Indian security forces is inevitable.”

His earlier works such as Jashn-e-Azaadi (2007), Words on Water (2002), and One weapon (1997) have also focused on sensitive political themes and have received critical acclaim.  Kak visited the campus earlier in 2008 to screen Jashn-e-Azaadi. “I always enjoy coming to this campus, as I know I will have a sensitive and politically aware audience for my films,” he said.

Apart from University of Hyderabad, the film was screened in Lamakaan, English and Foreign Language University (EFLU) and St. Francis College for Women, Hyderabad.

– by Shawn Sebastian, student of Department of Communication 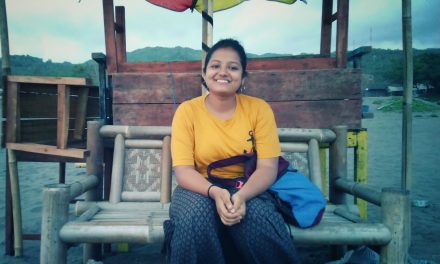