Skybaba and his works: A discourse on the Minority in Telugu Literature

Telugu historiography has undergone a sea change in its literary perception of social reality. Conception of literary traditions has also been transformed. Political and social movements have influenced writers to unearth new lives which have been neglected and looked down upon in literary representations. Dalit movement has created literary awareness in exploring the unseen, un-touched and unspoken broken lives. Muslim writers who have voiced for Dalits and downtrodden have emerged very strongly in recent times. At this juncture, writers like Sk. Yusuf Baba (known as Sky Baba) have responded to reclaim the Muslims’ voice in the literary world. He has, to his credit, “Jal Jala”, an edited anthology of collective poems. For the first time, Muslimvadam was coined in this volume. He has further published many books and edited and compiled a number of anthologies of poems and short stories. He has paved way in framing and shaping “Muslimvada Sahityam”, where he clearly distinguished Muslimvada from Islamism. Muslims as a social community and Islamists as a religious category has thus become a central theme in the minority discourse within Telugu literary circles.

SkyBaba hails from a poor Muslim family background. He started his literary career while working as a journalist. His social and literary interventions have created a human sensibility to protect secular relations in socio-political life. Texts like Jal Jala, Vatan, Mulki, and Alava have established Muslimvadam in Telugu literary field. He has established “Haryali” (Muslim Writers Forum) and a publishing house “Nasal Kitab Ghar”. He worked with “Marfa”, a social organization for Muslim Reservations. Telangana movement was enriched with his literary intervention. His anthologies include as “Jago Jagao”, Zakmee Awaz”, “Quit Telangana”, “Dimmisa”, “Randi” and “Razmiya”,

The seminar explored and interrogated his writings and their implications. Themes and sub themes that were addressed were:

International Day of Yoga at UoH 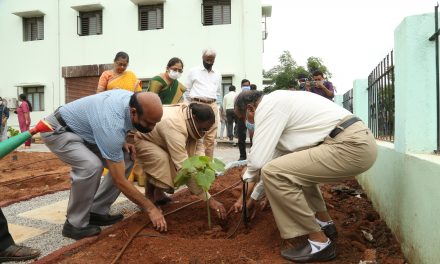