S. V. Srinivas, in his own words, undertook the double challenge of moving slightly away from his area of expertise – cinema – and of addressing a gathering that can be safely assumed to be well-versed with the subject of his talk – Gaddar Effect: Media and the Afterlife of Radical Politics at the University of Hyderabad (UoH) on 14th October 2014. Srinivas is a senior fellow at the Centre for the Study of Culture and Society and is currently the Chair Professor in the Department of Communication at UoH.

For four decades now, Gaddar has been associated with various political movements. However, Srinivas attempts to answer the broader academic question of the political work that media is currently doing. Analyzing material associated with the Telangana movement that was produced between 2001 and 2014, Srinivas attempts to understand Gaddar who was a very important part and had a large presence of the movement.

This study of the material shows how something that was considered radical propaganda transformed into mainstream, not-so-radical movement. Media has been implicated of wrongdoing by both pro-Telangana and anti-bifurcation groups, each blaming media for allegedly siding with the other. The talk is not about the influence of Gaddar, but active media consumption by people, from the response of illiterate people who listened to Eenadu news being read out at tea shops, to the more literate and participative media consumers of today.

Gummadi Vittal Rao, a Dalit engineering school dropout, popularly known as the singer, lyricist and revolutionary Gaddar is one of the most important cultural fronts of any left organization in the country. He was the spokesperson and public face of the Maoists and CPI (M), and has been associated with the Telangana movement since 1960s. His stint with films began with his brief appearances in two songs of Telugu films that referred to CPI (M) and Maoist issues.

Peter Manuel who studied culture production in Bhojpuri and various Hindi dialects noted that the commoditization of audio cassettes resulted in the commoditization of folk and popular musical forms. The scale of commoditization granted by audio cassette technology had an impact in the production and consumption of folk and popular musical forms. The genre of “Red Film” begins to extensively use tunes from the naxalite and communist movements with minor modifications to suit mainstream sensibilities, but can be easily traced back to their roots. The music has a wider reach than the movements they are rooted in could have ever achieved.

Since the 1940s and 1950s, the Left has been adopting what it calls the people’s music and using them as political vehicles. The works of Gaddar and Vangapoli Prasad Rao reflect this. This music is now readily available to be circulated via new platforms created by advancing technology (especially convergent media of web 2.0) and reach new audiences. Gaddar and other radical propaganda is emotionally saturated, and there is a whole body of such literature commemorating martyrs. The idea of mourning has been prominent in Gaddar’s work even before the Telangana movement adopted this aspect of his music. The fact that the state struggle became centralized on Telangana and Andhra “sentiments” is reflective of how the left propaganda has influenced the state struggle.

It is observed that the hype of visibility of the propaganda is inversely proportionate to the size of the movement. Even if the movements themselves become invisible or insignificant, these media forms continue to hold sway. In the 1990s, one owning copies of such songs could be implicated of being in agreement of the ideologies they propagate and could even be grounds of arrest, but today they are simply products of the culture industry and of commercial value. Owning these songs doesn’t necessarily imply that one supports or practices the ideologies the former are associated with.

Three versions of the now famous “Podustunnna poddumeeda” song were played and discussed, one of which was a PPT presentation with the music superimposed, and another had a medley of Michael Jackson clips for the song. The presentations of these songs reflected how content and form are played with for diverse effects.

Media and politics are intricately linked and the talk stimulated a discussion that discussed people’s movements, culture production, politics and the active production and reproduction of media. 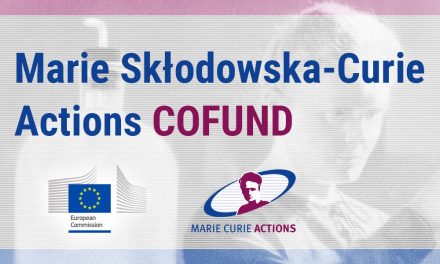 UoH to partner with University of Siegen, Germany for the Marie Sklodowska Curie-COFUND of European Union