Understanding Social Inclusion in India: Perspective from Below 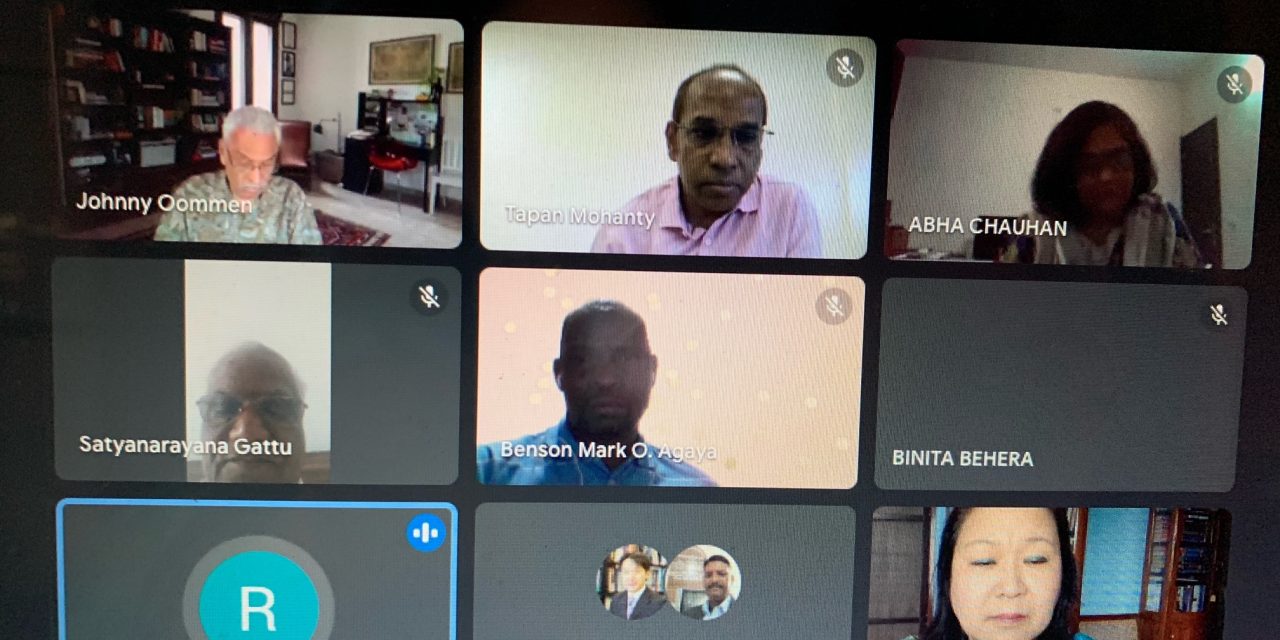 Report on the Special Lecture organized at CSSEIP

Prof. Ajailiu Niumai, Head, CSSEIP welcomed and introduced Prof. T.K. Oommen. She also welcomed online participants (students, young faculty and senior Professors from various Universities across the country) and those watching live-streamed in Facebook. Prof. T. K. Oommen highlighted the concept of exclusion and inclusion and mentioned that an ideology of inclusion is of recent origin. He examined exclusion and inclusion in the context of perspective from below. He asserts that the perspective from below should not be confused with the study of the other – distant others (historically and spatially). He said that problem in the Indian social system began with the tussle of insiders and outsiders. Although India celebrated its 75th Independence Day recently, some are insiders and outsiders within our country. He argued that social exclusion and inclusion are prevalent everywhere and exist simultaneously though how it operates varies and depends upon the nature of the society. He provided a gist of social formation in Indian culture and mentioned significant milestones that led to the culmination of such a society. He drew our attention to the fact that historians have argued that the phenomena in present-day Indian society originated with the Aryan invention, which dates back to 3000-10000 years called as ancient period. It was followed by the medieval or Muslim era, and then the colonial period arrived along with few religions, which were alien to India. For instance, Christianity arrived in South India in the 1st century A.D, and Islam arrived in North India by about 7th century A.D. How this social formation took place determines the issue of ‘insiders versus outsiders.’ And, he argued that if any segment of the citizen in a nation is considered an outsider, then that is exclusion. 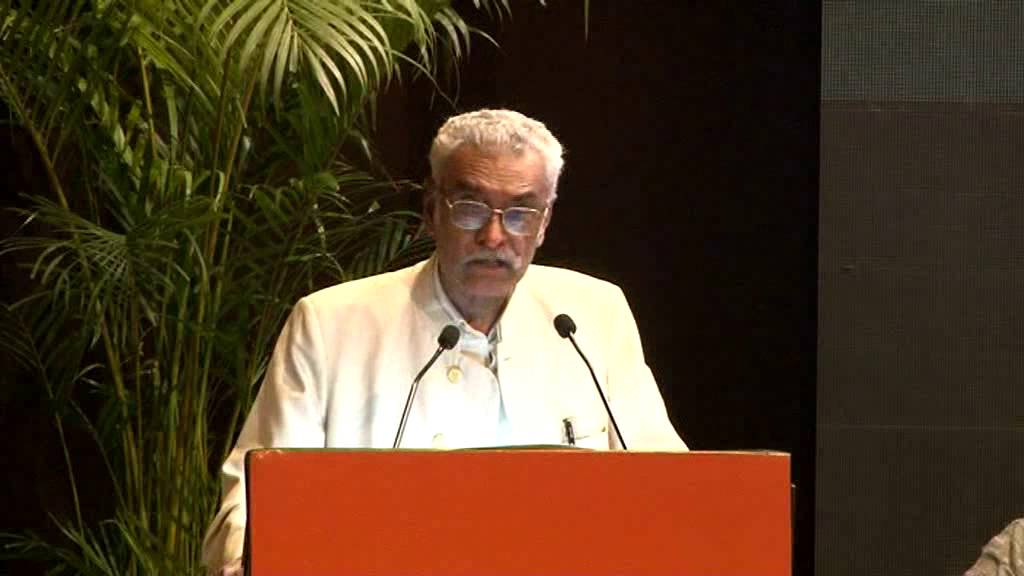 In the emergence of the ideology of inclusion, he argued that it is a recent phenomenon after India became a democratic country. Hence, inclusion and exclusion existed simultaneously, but it was not recognized and he draws a parallel between the Greek city-state with direct democracy and the Indian village. He traces the historical background of India through the great democracy of Greece, particularly highlighting the Plebians, patricians, and slaves. The Greek city-states comprised of the patricians or nobles who ruled, plebians who were the commoners and had the highest population, but their voices were unheard, and slaves, who were not even allowed to participate in the Greek city-state. Similarly, in the Indian village, upper castes were the dominant community, OBC’s, who had no significant role, and the untouchables, who were outcasts. Such kind of exclusion and inclusion existed, but it was not taken into cognizance. Still, now the involvement of every individual in the decision-making process is significant for a democratic polity. He described how this process of dominance and subjugation occurred in India by briefing about four major trends. First is a movement from cumulative to dispersed dominance. Cumulative dominance is when a set of people or an individual has control over everything like economy, polity, and culture. This privilege in India was with the upper castes, particularly Brahmins, with intellectual evocation, administration, and power. Then, the Kshatriyas were in the production and distribution of wealth in the hands of vaishyas, whereas Shudras serves the entire upper varnas. The fifth varna or the untouchables are people with no privilege but only duties. He described a situation that he calls “status of congruence” wherein the Shudras had wealth but not the status of upper varnas, and the most superior group were below the poverty line, and they were excluded. Therefore, the second trend is moving from hierarchy to equality, which once was a hierarchy, after the promulgation of the Indian Constitution. Then, we had the phenomenon of “total absence” as an Indian individual in the third trend. Social dynamics changed with individual identity as against the socio-cultural identity. We recognized ourselves as part of some group, and identity was in reference to a group rather than an individual. The fourth trend is the “persistence of a plural society.” A plural society is one in which individuals and groups coexisted in an economic context like the Hindu Jajmani system. The division of labor according to caste was elaborate, but there were no possibilities of inter- marriage. This concrete division also led to exclusion since one is allocated to a particular task. As society moves from hierarchy to equality, there is a possibility of social mobility and transformation. There are new voices of the once downtrodden like B.R Ambedkar and women leaders. 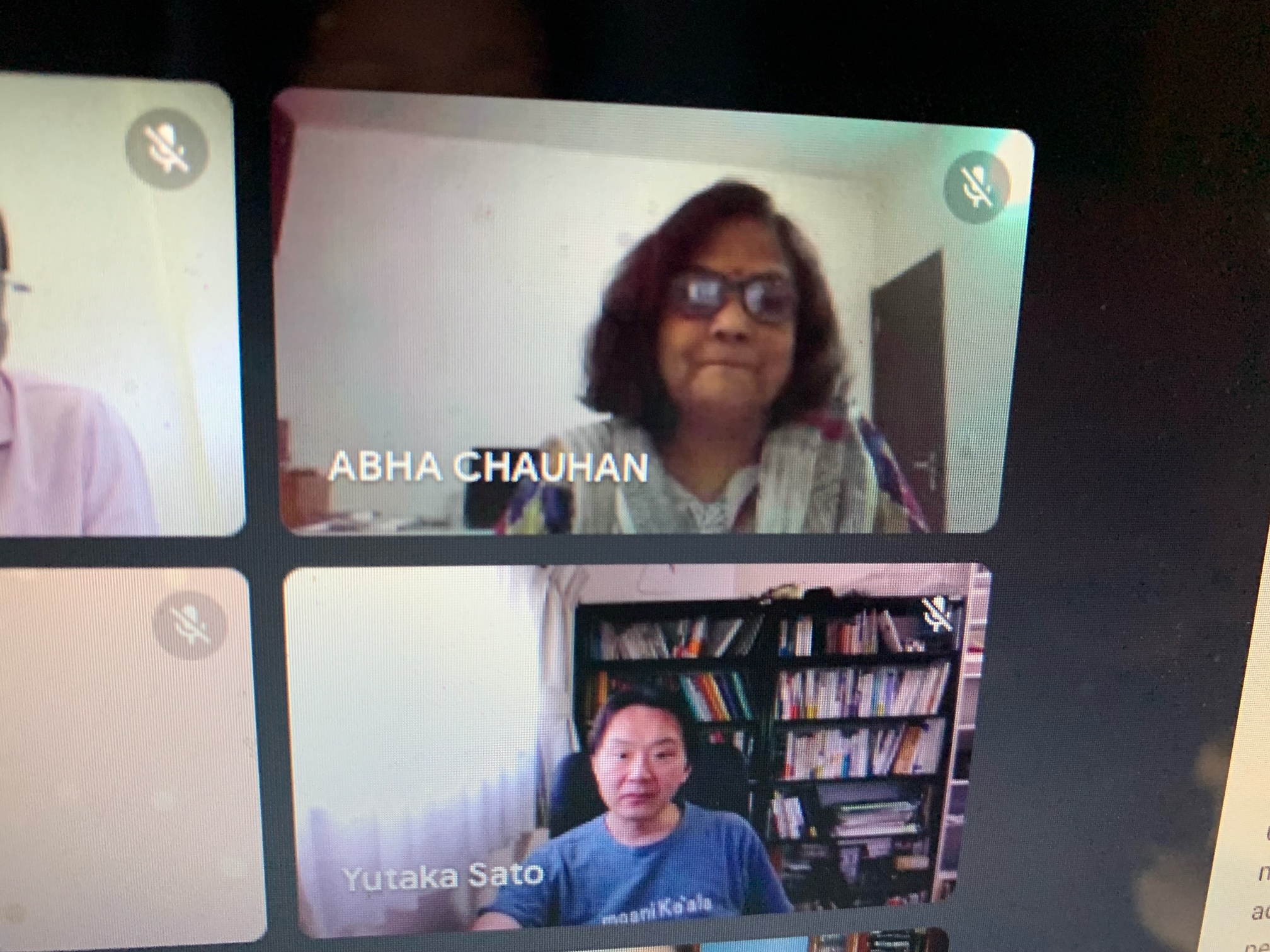 With regard to the perspective from below, Prof. Oommen said that scholars of subaltern studies claim to study the subaltern perspective, but their studies rather circulate around elite politics and emphasized insurrectionary activities and a political category called ‘subaltern classes’, mainly artisans, poor peasants, and landless laborers. According to subaltern historians, these are economic categories that possessed self-consciousness and coherent conceptions of resistance directed against rich peasants, merchants, or colonial administrators. He said that emergence of the idea of subalterns in social science was in contrast to the national historiography. National historiographers are “macroholist”, who attempted to look at the phenomenon from above and ignore the voices from below. Subalternists, on the other hand, are “micro-individualists” but are confined to specific segments. He argued that we need both macroholism and micro-individualism to understand the complete and complex history. Perspective from below, however, goes much deeper and goes beyond subalternism. It focuses on the implication of the nature of social structure in the production of knowledge. 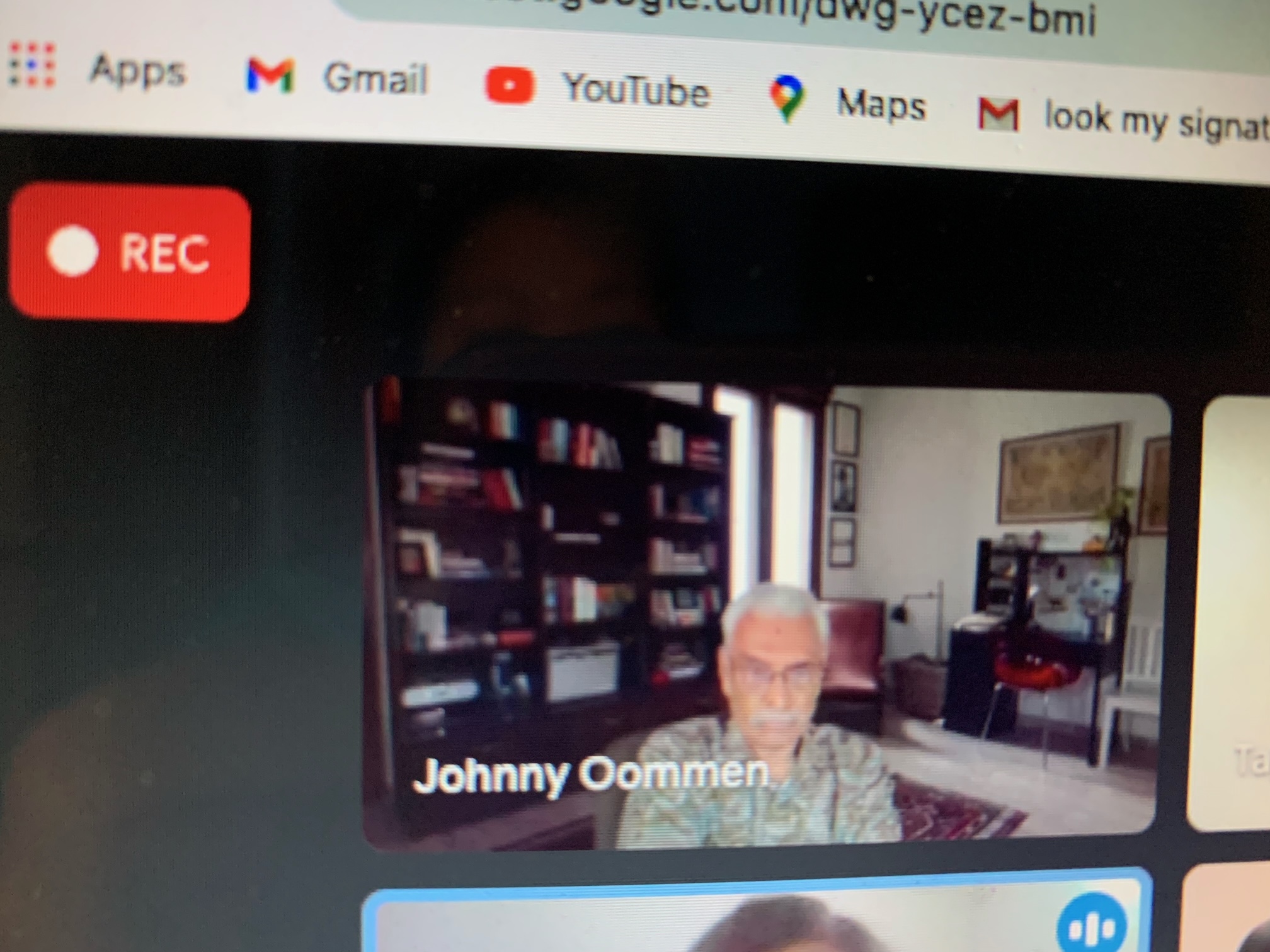 He mentioned that the view from below should not be confused with the study of other parts or the anthropology as the distance from others since we haven’t made the clear distinction between social anthropology and sociology. He raised a question to those who study the society whether they study from the perspectives from below? Any example of studying the village hasn’t taken place so far where the researcher lived with Dalits or Shudras and spent their time by observing their experiences and staying in mohallas of the so-called untouchables. As an administrative phenomenon, inclusion has been debated but from the perspectives of reality, and it hasn’t been noticed yet from the view of the below. This played an important role in the process of knowledge production as to how one understands the knowledge. The views from below should not be understood as less. He asserts that when we debate about the production of knowledge, it is important to see from the perspective the knowledge has been produced. We can understand this by the example of the 1951 Indian census where tribal society was not given the identity of their own but absorbed under Hinduism. 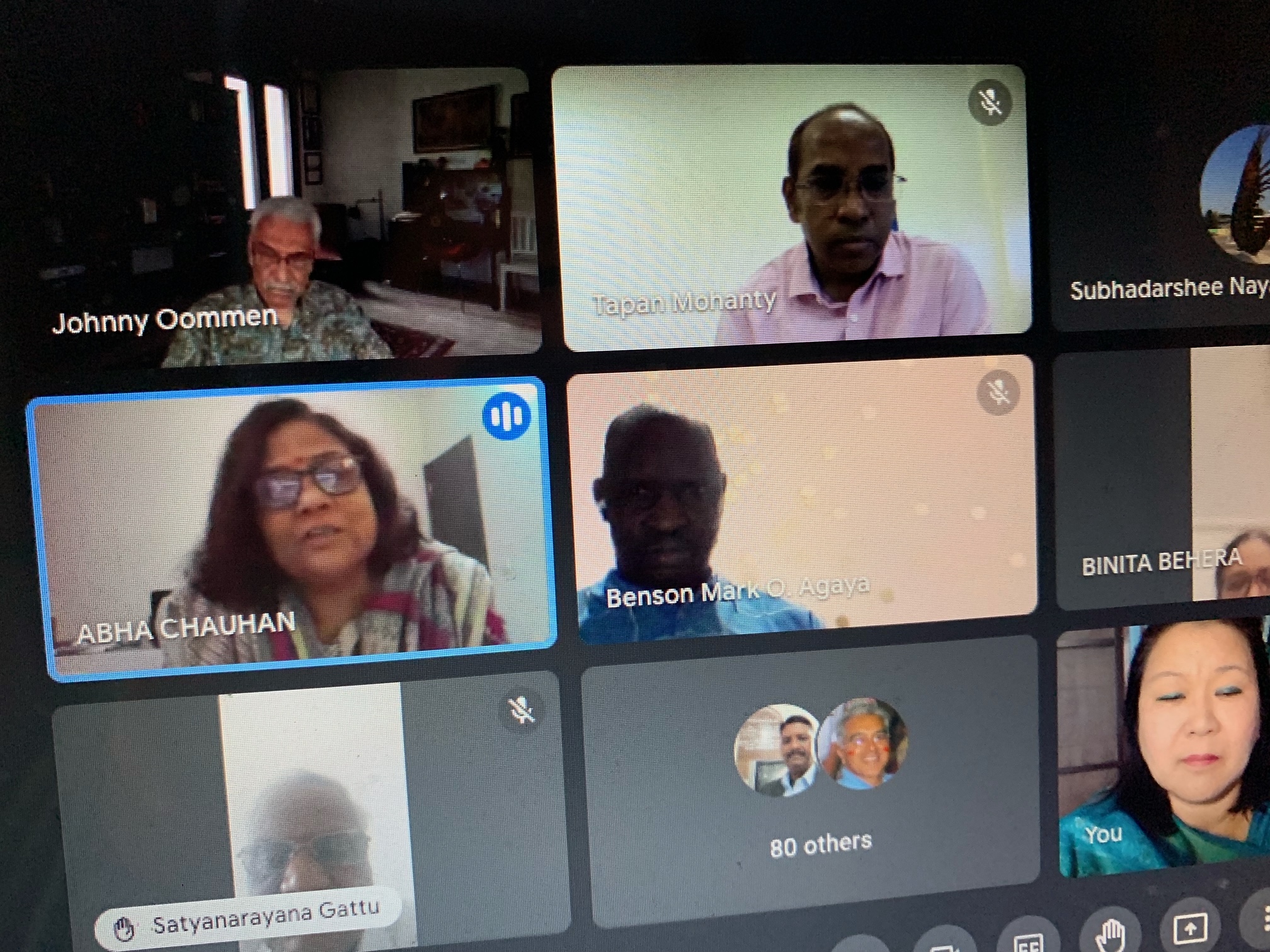 The perspective from below gives a better understanding of why there is so much exclusion in Indian society, although so much has been done by the government of India. But, because basic questions have not been raised yet, it will not explain why there is so much exclusion when it comes to the below. He also made a distinction between the ‘etic’ and ’emic’ approaches. The former study and identify the social reality independently of native’s Cultural judgments, whereas the latter focuses on the insiders’ perspective, like studying tribals by the tribals. He said that during the 1960s, when the debate about the breaking down of joint families with the emergence of the nuclear family took place, no one talked about women’s oppression. It only started with feminism, which debated about patriarchy. Therefore, it is important to study how the perspective from below has been neglected and that there is a problem in the production of knowledge. Likewise, when we emphasize on Sanskrit, why do we ignore or exclude other languages like Pali and living languages like Tamil? He questions the whole idea of Sanskritization, which is nothing but recognizing and perpetuating the hegemony and norms of the upper castes. Lastly, he states that when we talk about inclusion and exclusion, it does not mean giving few scholarships and schemes to the excluded, but going beyond and deep into the very nature of the society. He agrees with the argument by M.N. Srinivas that the field view is more authentic than the text view but adds a point that it has to be done by living and imbibing with the culture of the excluded. The knowledge production has been narrowing, confined to the upper caste, partial, and exclusion is embedded in it. Therefore, we should think in terms of producing knowledge from the perspective of below.

The vote of thanks was pronounced by Dr. S. Ramudu, Associate Professor, CSSEIP, UoH.