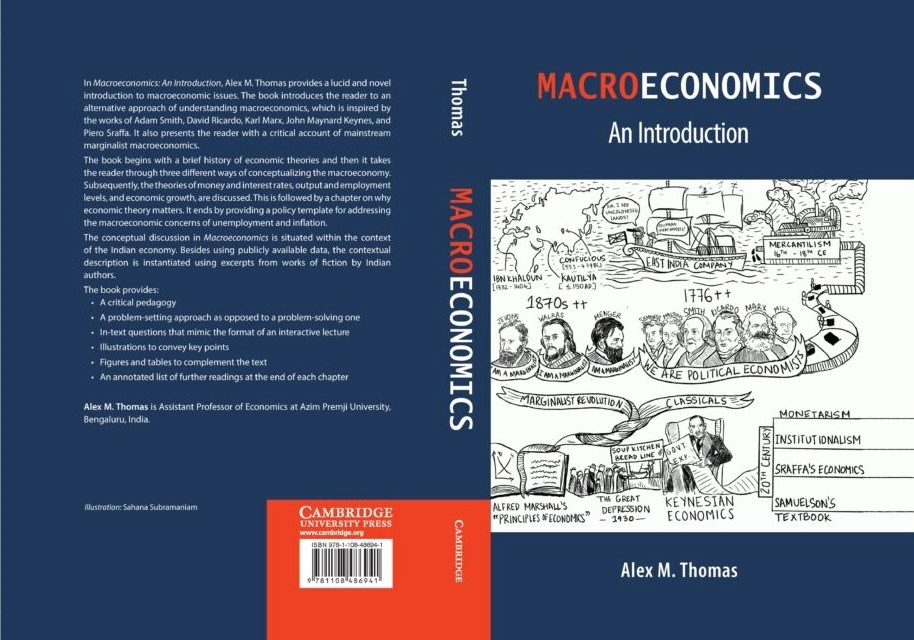 University of Hyderabad (UoH) alumnus Dr. Alex M. Thomas’s book titled Macroeconomics: An Introduction has been published by Cambridge University Press. Dr. Alex completed his MA (2007-09) and M.Phil (2009-2010) in Economics from the UoH. 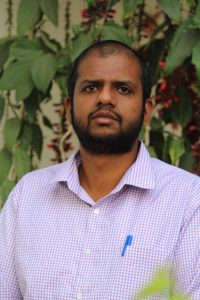 Macroeconomics: An Introduction provides a lucid and novel introduction to macroeconomic issues. It introduces the reader to an alternative approach of understanding macroeconomics, which is inspired by the works of Adam Smith, David Ricardo, Karl Marx, John Maynard Keynes, and Piero Sraffa. It also presents the reader with a critical account of mainstream marginalist macroeconomics. The book begins with a brief history of economic theories and then takes the reader through three different ways of conceptualizing the macroeconomy. Subsequently, the theories of money and interest rates, output and employment levels, and economic growth are discussed. The book ends by providing a policy template for addressing the macroeconomic concerns of unemployment and inflation. The conceptual discussion in Macroeconomics is situated within the context of the Indian economy. Besides using publicly available data, the contextual description is instantiated using excerpts from works of fiction by Indian authors.

For a preview of the book, visit Macroeconomics: An Introduction – Alex Thomas – Google Books

Dr. Thomas completed his MA and M.Phil in Economics from the UoH; for his M.Phil, he worked on Cantillon’s political economy under the guidance of Professor G. Omkarnath. Subsequently, he obtained a Ph.D. from the University of Sydney under the supervision of Professor Tony Aspromourgos. He is currently at Azim Premji University, Bengaluru. His primary research area is the history of economic thought, with a special focus on classical political economy. He has published his research in key journals such as the European Journal of the History of Economic Thought, History of Economic Ideas, and Journal of Interdisciplinary Economics.

Dr. Thomas’s blog “Undergraduate Economist” (https://www.alexmthomas.com/), which he started as an undergraduate student in 2006, is widely read. The blog has posts about (i) the Indian economy, (ii) history of economic thought, (iii) classical political economy, and (iv) critiques of marginalist or neoclassical economics.

Dr. Thomas mentions that his time at the UoH has been crucial in the making of this book. He cherishes his stay at the university in following words: “Although I was dissatisfied with marginalist economics by the end of my BA, I did not know about alternatives. ‘Classical Political Economy’, a compulsory course in MA, offered me one such alternative. Other courses that helped me were ‘Political Economy of Development’, ‘Capital Theory’ and ‘Philosophy of Science’ (which I took from the Philosophy department). In addition to the intellectual nourishment, UoH also provided me emotional nourishment through the long-lasting friendships I was able to make.”

The book Macroeconomics: An Introduction can be also ordered here.