UoH identified as Nodal Centre for Brazil under SPARC

With a view to facilitate global research networks between higher educational institutions in India with those in other global universities, Government of India had started the Global Initiative for Academic Networks (GIAN) programme in November 2015. After reviewing the functioning of GIAN, with a view to further the opportunities to improve the research ecosystem and the academic standards, it is now proposed to fund joint research projects between the Indian higher educational institutions and the best of global universities. Accordingly, MHRD has started a new initiative, Scheme for Promotion of Academic and Research Collaboration (SPARC). It identified 25 foreign countries for active collaborations in different fields of research to facilitate and improve Internationalization that will allow the mobility of Students (Ph.D.’s and Postdocs), International faculties to come to India and for Indian Students and Faculties to go to the foreign country.

University of Hyderabad has been identified as the Nodal institution (NI) for BRAZIL. The 25 nodal institutions identified in India would work in close coordination with the National Coordinating (NC) institute IIT Kharagpur which will coordinate as the nodal centre for all the 25 Nodal Institutes identified. The National Coordinator would soon release the call for joint research proposals (2018-2020). It is proposed to have collaborations with the foreign Universities (BRAZIL) with Institutions and Universities that are in the top-500 of QS world university Rankings or in the top-200 QS World University Rankings by subject to be eligible to be supported under SPARC.

Vice chancellor of UoH, Prof. Podile Appa Rao added that the UoH is actively involved in strengthening international collaborations with top Ranking Universities worldwide and this new recognition by the Government of India should further strengthen exchange of students, post-docs and faculties between UoH and top Brazilian universities.

This program will be operated through office of international Affairs headed by the Director, Prof. N. Siva Kumar.

UoH to make the campus Disabled-Friendly

Sabavath Janakiram to present paper at International Conference in USA 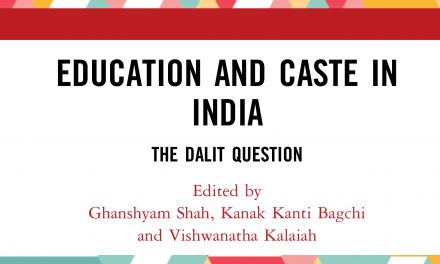