The country should realise the importance and usefulness of its vast language resources and come out with a proper “language plan” to aid the growth of languages, said Prof. Panchanan Mohanty, faculty in CALTS from the University of Hyderabad while addressing a gathering after inaugurating a two-day symposium on “Indian Languages and Contemporary Society: Problems and Prospects”, to mark the 45th Foundation Day of the Central Institute of Indian Languages (CIIL) in Mysore.

“Multi-lingualism is the buzzword across the world,” he said and added that those who could speak more than one language were being looked at with awe. Saying that language and culture evolved simultaneously in human beings, he said that the mention of spoken languages dated back to more than one lakh years. The great epic, the Mahabharata, was said to be about 5,000 years old in India. Languages could not be seen in isolation, Prof. Mohanty said, citing the examples of Dravidian words in the Rig Veda.

Referring to the endangered languages in the country, Prof. Mohanty observed that problems pertaining to the linguistic history were of recent origin. He recalled how indigenous languages had become extinct in the Americas, Europe and Australia due to various reasons. “We have to learn lessons from history and plan for solutions in the future,” he said.

Department of Communication is the Top Ranked University Department in India 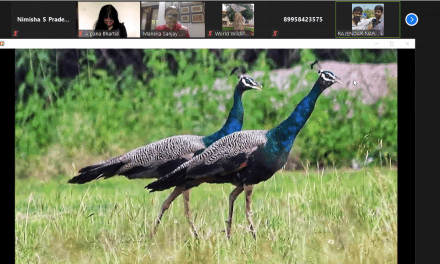