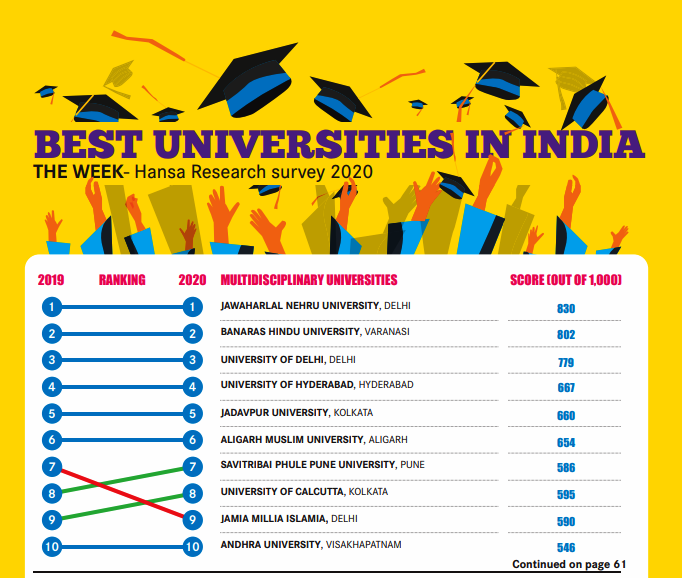 The University of Hyderabad (UoH) has been ranked among the best Universities in the Country. The WEEK-HANSA research survey for the year 2020 has ranked UoH at fourth position in the country. Maintaining its position at number four that it got in 2019, it is among the top 80 Multidisciplinary Universities of the Country that include State, Central, Private and Deemed to be Universities. 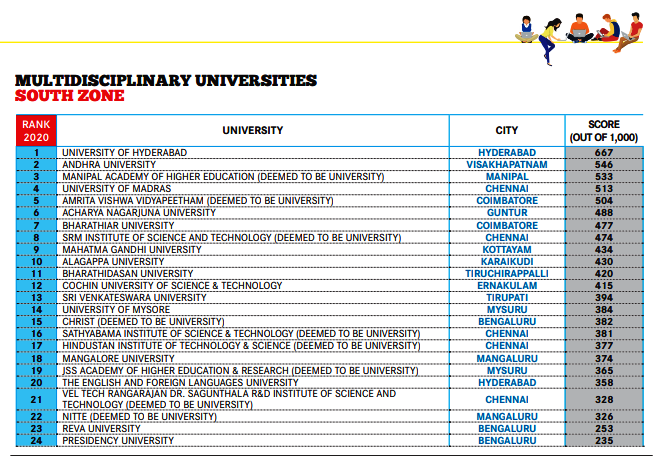 “We are pleased to be ranked among the Best Universities at number four in the country and number one in south India. The university has been making steady progress; this has been possible only due to the efforts of our faculty, students, alumni and non-teaching employees”, said Prof. Appa Rao Podile, Vice-Chancellor, UoH. We have initiated a few additional quality measures which also helped us to be recognised as an Institution of Eminence. We are working towards improving our position at National and International Level with focus on providing Global standards of education to our people, he added.

The WEEK-HANSA Research Best Universities survey 2020 was conducted by collecting factual information from more than 600 leading Universities in India. Various parameters including Age & Accreditation, infrastructure & other facilities, faculty, research and academics, student quality, alumni & industry exposure, and placements were used to calculate the factual score. The composite score has been arrived at by combining the perceptual and the factual scores to determine the final rank for each University.

The overall result of the survey has been published in the Week magazine issue dated July 26, 2020.