The United States of America Consul General at Hyderabad, Ms. Katherine Hadda, visited the University of Hyderabad (UoH) and met Prof. Appa Rao Podile, Vice-Chancellor, Prof. B. P. Sanjay, Pro Vice-Chancellor-1, Shri P Sardar Singh, Registrar, the Deans of Schools, and other officials on August 4, 2017. The Vice-Chancellor gave a brief presentation on the University and its activities. The Consul General had a first hand information from all present on the ongoing collaborations with the institutions in the United States.

Later the consul general along with Dr. V. Venkata Ramana, Professor in the School of Management Studies and Coordinator, Technology Business Incubator (TBI), UoH visited the incubator facility and interacted with the incubatees who are involved in cutting edge research activities in the identified thrust areas – Pharma Biotechnology Renewable energy and Information Technology.

The Consul General appreciated the efforts of the Coordinator, TBI, and the University for their pioneering efforts in fostering an entrepreneurial ecosystem and facilitating entrepreneurs.

The TBI @ UoH has been set up with the support of the Department of Science and Technology, Govt. of India, and is the first of its kind amongst Higher education institutions in India.

Since inception of the TBI, the UoH has filed around 10 patents and conducted many workshops to build awareness and develop a keen interest to pursue entrepreneurial opportunities. In addition, the TBI@UoH, in association with Technology Entrepreneurship Zone (TEZ) has been offering weekend start-up management and accelerator programmes. 25 start-ups that have come up from the TBI@UoH are at commercialization and early stage funding. 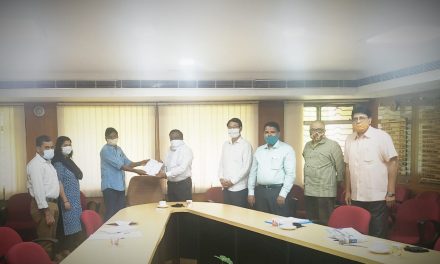