The Research Scholars Forum of the Department of Sociology, School of Social Sciences organised the 1st National Level Young Researchers Workshop on 21-22 January 2015. The theme of this year’s workshop was “Against Method? Methodological Challenges for Social Science Research Today”.

Although “interdisciplinarity” and “eclecticism” have been the buzzwords in social science research since the late 1980s, but in more than one way the disciplinary boundaries tend to reinforce either the positivist notion of “value neutrality” and “objectivity” or phenomenological notions of “subjectivity”. Desirable though these characters might be, but they tend to create multiple segregations/ghettos within research paradigms. Under such circumstances, it becomes important to problematise “method” itself. This year’s workshop focussed on the researcher’s normative position and how s/he integrates empirical data with theory in the true spirit of “interdisciplinarity”.

14 research scholars from 9 different institutes across India presented their papers in seven sessions. These scholars brought to the board issues related to ethics and gatekeeping while studying an intermediate caste, issues of “conscious partiality” while researching a prison setting, colonial ethnography and subalterns within mainstream sociology, researching “political perspective” of rights, the ambiguities in conducting research by an upper caste female researcher in an outcaste ghetto, and the problematisation of “cultural essentialism” in anti-dispossession movements. Their work was critically scrutinised by 16 faculty members from five different departments in the School of Social Sciences.

Flagging off the two days workshop, Prof. (emeritus) T.K. Oommen, of Jawaharlal Nehru University, New Delhi, in his key note address put forward propositions to make the disciplinary boundaries more porous. He emphasised that the role of a researcher is not to reinforce the existing theoretical frameworks, worth the name. Rather, one needs to critically integrate theory with empirical data. According to him, Max Weber used the concept of “charismatic authority” as a system changing force. But his own experience while researching Sarvodaya movement in Bihar was contrary to that. Charismatic authority whether it was of Gandhi or Vinoba Bhave reinforced the existing social structures of power and hierarchy. So it was rather a system stabilising force. He gave several other examples to show the problematic in uncritical methodological frameworks. “Method” as a problematic in social science research will always remain. But the autonomy lies with the researcher to negotiate with it and bring forward nuances that are otherwise overshadowed by either mismatching theoretical frameworks or uncritical empirical layouts.

In his welcome speech, Prof. N. Purendra Prasad, the UGC-SAP coordinator for the Department of Sociology, talked about the need to give steam to such endeavours. As only through group activities social science research can enrich itself. He also pointed out that the above workshop, though had a shoestring budget, but the enthusiasm which both the outstation participants and the organisers showed was commendable. Prof. Aparna Rayaprol, Head, Department of Sociology, echoed the opinions and wished that the enthusiasm would bring a positive atmosphere in the way research is conducted in social science.

While the two days saw packed halls, equal amount of enthusiasm was visible outside too, as the organisers had installed a stall for Critical Quest books. These pamphlet sized books bring together works of diverse social and political theorists at an affordable price. 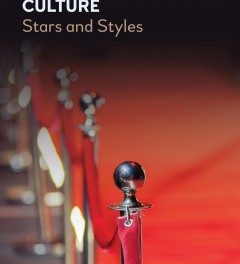