Youth must work to develop Cultural Relations between Countries: Ambassador of Mexico

The Ambassador of Mexico in India, H. E. Mr. Jaime Nualart said that youth must work toward developing cultural relations between India and Hispanic countries while speaking at the three-day International Conference on “Indo-Hispanic Dialogue: Bridging the Cultural Gap” at the University of Hyderabad (UoH) on 6th March 2013. Further H E who was the Guest of Honour added that Spanish is being taught in India in large numbers and same is the case with Indian Languages being taught in Hispanic countries. He also stressed that relations between India and Latin American countries can strengthen with building up of culture and language. Later the Ambassador inaugurated the E-classroom for teaching Spanish language for beginners.

Prof. E. Haribabu, Pro Vice-Chancellor, UoH gave a warm welcome on behalf of the University to all the dignitaries and audience. Prof. Haribabu said that in today’s world it is important to know the culture of other countries to maintain good relations. This conference will help to the participants and students of the University, he added. We should have collaboration with other countries to maintain good relationship, he further added. Prof. Haribabu said that University would offer Modular courses for the benefit of the foreign students. Later Prof. Haribabu inaugurated the E-classroom for teaching German language to beginners.

Prof. J. Prabhakara Rao, Director of the Conference expressed pleasure in organizing the conference in the University and said that the main focus of the conference is “yet-to-be-explored in its full strength area in Indo-Hispanic relations like culture and its significance for further enhancing these relations in general and economy, trade etc. in particular”. Hence, such conference is first of its kind in India. Prof. Rao said that the Conference has acquired importance especially when the interactions between Latin American and Caribbean region and India have been gaining momentum.

Prof. C. H. Hanumantha Rao, Chancellor, University of Hyderabad and the Chief Guest congratulated the organizers for holding the Conference in the University. Prof. Hanumantha Rao said about the trade relations between India and Hispanic countries plays a vital role in improving relationship. He said that the role of culture and language in bringing the countries together must be the focal point of the Conference. There is also need for learning Spanish in India and Indian languages in Hispanic, he further added. Prof. Hanumantha Rao said that there is need to encourage literature from India and vise-versa. Dr. Rao hoped that this conference will fetch academic collaboration between two countries. Later Prof. Hanumantha Rao inaugurated the E-classroom for teaching Russian and French languages for beginners.

The three-day conference will see sessions on India and Latin America: Historical and Modern; India and South America: Science and Technology; Language Analysis: Indian and Hispanic; Indian and Latin American Literature; Culture: India and LAC; Hispanic Literature, Hindi and Translation; Comparison of Indian and Hispanic Societies and Spanish and its Relevance. Panel Discussions on Culture, Economy & Hispanic Policy and Spanish and Portuguese in India and Introducing Indian Languages in LAC will be held.

Participants from Chile, USA, Russia, Spain, Brazil and Argentina are attending this conference. 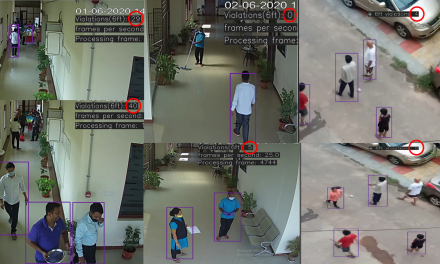