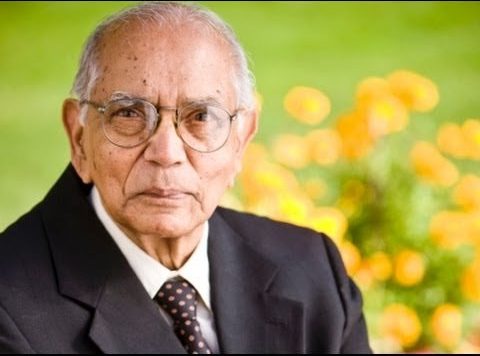 For some, age is just a number. Dr Calyampudi Radhakrishna Rao proves just that. The eminent mathematician and statistician turned 101 years of age this month and continues to serve as an inspiration to many.

Dr Rao embarked on the path of his distinguished career from the Indian Statistical Institute in 1941, after he failed to secure military service under the British Rule as he was deemed too young. He later went on to become the Director of the Institute, nurturing several students under him. Apart from being the President of the Indian Statistical Institute, International Biometric Society and Institute of  Mathematical Statistics, he has held several positions in academia at various institutes, including his current one as Professor Emeritus at the Pennsylvania State University and Research Professor at the University at Buffalo, New York.

The Padma Vibhushan awardee’s contributions to the field of mathematics and statistics have been lauded with fervour and have been associated with bringing several changes and a greater understanding of these subjects including medicine, social sciences, public policy, finance, anthropology, national planning etc. Rightly said by him, “We study statistics with the main aim of solving problems in other disciplines.” The Cramer-Rao Inequality is one of his most cited works. His other contributions include Rao-Blackwell theorem, differential geometry, estimation theory, Rao distance, Fisher-Rao theorem and many more. He has also published several books and over 400 journal articles.

Dr Rao was also been conferred with the United States highest honour, ‘The President’s Medal’ for his contribution to the sciences. President George Bush had honoured him with the National Medal of Science and had called him a “prophet of the new age.” Dr Rao was been awarded Guy Medal in Gold from the Royal Statistical Society.

To pay homage to the scholar, the University of Hyderabad had an institute named after him in 2007- C.R.Rao Advanced Institute of Mathematics, Statistics and Computer Science (AIMSCS).

“If there is a problem to be solved, seek statistical advice instead of appointing a committee of experts. Statistics can throw more light than the collective wisdom of the articulate few,” Dr Rao has said.