I’ve sometimes wished that like Humpty Dumpty I could declare that words meant exactly what I wanted them to mean. They don’t of course. Meaning arises between the writer and the reader and is dependent on the cultural context. The words themselves are not like newly minted coins with a precise definition, they come loaded with the associations they have acquired through their long history, said Dr. Suniti Namjoshi, eminent writer while delivering a Distinguished Lecture titled “How Motherly is the Mother Tongue?” on 27th January 2014 at the Sir C V Raman Auditorium in University of Hyderabad.

Dr. Namjoshi further states that every writer has to ‘Make it new’ i.e. say what she has to say in her own terms. Merely copying the past results in dead poems. But a male dominated literary tradition, a patriarchal history and a ‘foreign’ language can weigh heavily on an Indian woman writing in English, particularly if she is also a feminist. By mother tongue I mean the language one writes in, she added.

Born in Mumbai in 1941, Suniti Namjoshi is an important writer in contemporary Indian literature in English. She has several books of verse and fable to her credit. She worked in the Indian Administrative Service and in academic posts in India before moving to Montreal. She earned a Ph.D. from McGill University (with a thesis on Ezra Pound), worked at the University of Toronto and later at the Centre for Women’s Studies at Exeter University, UK. She now lives in the UK where she works as a full-time writer. Her poetry, fables, articles and reviews have been featured in various anthologies and journals in India, Canada, the US, Australia and Britain. A deep engagement with issues of gender, sexual orientation, cultural identity and human rights infuses her work.

Namjoshi says she got politicized during her sabbatical from the University of Toronto which she spent in England in 1978 – 79. It was books like Kate Millett’s Sexual Politics and the work of writers like Virginia Woolf and Adrienne Rich that made me understand the extent to which sheer brutal power in the form of wealth and social ascendancy intersected with the literary enterprise and determined not just who could write what, but who could write at all and what constituted the literary canon. 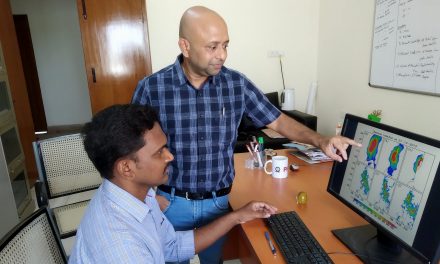