IAMCR 2014 takes off on a promising note

The International Association for Media and Communication Research – IAMCR – is the preeminent worldwide professional organisation in the field of media and communication research. It began with the first years of the United Nations Educational, Scientific and Cultural Orgaization (UNESCO) and its first General Assembly was held in October 1959. IAMCR aims to support and develop media and communication research throughout the world. It particularly encourages the participation of emerging scholars, women and those from economically disadvantaged regions.

IAMCR is a platform for media and communication researchers and scholars for extending academic, research and friendship networks. The Conference and its events are organized in collaboration with local and international academic partners. The participation of more than 1000 communication scholars and media practitioners from over 100 countries promises a communion, a mutually-beneficial and memorable experience for all.

Every two years IAMCR holds a General Assembly and Scientific Congress and in the year in between it holds a Conference. Both meetings welcome participation from researchers from all over the world. The 2014 conference is jointly hosted by the Department of Communication, University of Hyderabad, and the School of Communication, English & Foreign Languages University. The IAMCR conference is held annually in different countries, and has returned to India after a gap of 28 years. The broad theme for this year’s conference is “Region as Frame: Politics, Presence, Practice”.

The Opening Plenary of the 2014 conference of the International Association for Media & Communication Research (IAMCR), began on July 15 at HICC, Hyderabad.

Dr. Usha Raman, Co-Convenor of the conference welcomed the gathering, followed by an address from the Vice-Chancellors of both Universities – Prof. Ramakrishna Ramaswamy and Prof. Sunaina Singh. Prof. Janet Wasko, President, IAMCR, welcomed the gathering to an intellectual feast, while Prof. Binod Agrawal talked about the history of IAMCR, referring to Prof. K. E. Eapen, one of the stalwarts of media education in India.

Prof. Manuel Castells of the Annenberg Centre at the University of Southern California and a globally recognized scholar of urban sociology and the information society delivered the keynote on the theme “The networked metropolis: global connectivity, regional disconnection”, referring to the massive changes that have taken place globally, in terms of technology, media networks and ownership. He emphasized that while the world was globally connected, it was also disconnected in terms of local geographies. On the one hand there is an inter-connection, while on the other there are cultural movements which are very much rooted in cultural geographies. He ended on a hopeful note that perhaps we have to look at forms such as art to build a universal protocol of communication.

Mr. Jawhar Sircar, CEO of Prasar Bharati, emphasized the need and the potential for academic research, using the archives of All India Radio and Doordarshan. He also reflected on the changing media habits of the younger generation and asked if it had played a role in the recent elections.

The inaugural will be followed by four days of paper presentations, panel discussions and themed plenaries with participation from close to 800 scholars from over 100 countries. The programme features discussions on issues of media education, challenges in health communication, the politics of regional cinema and issues of information access. 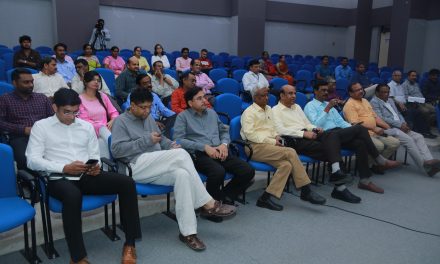 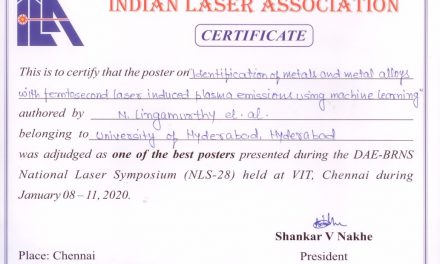