Prof. Shereen F Ratnagar is the first occupant of University of Hyderabad (UoH) Chair Professorship in the School of Social Sciences for the monsoon semester (July to November 2013).  During her stay in the School, she will teach a core M.A. course (Ancient Societies) in the Department of History, will conduct a fortnightly Seminar for Research Scholars across all disciplines and will also interact with students at the Centre for Integrated Studies.

After her initial fascination in the field of Archaeology, Prof. Shereen trained for her M.A.  in Archaeology at the Deccan College Postgraduate and Research Institute, University of Poona and the Institute of Archaeology, University of London.  Prof. Shereen had taught at the Centre for Historical Studies, Jawaharlal Nehru University, New Delhi  for the last twenty years  where she combined her interests in field archaeology and teaching. She has excavated in India, England, Turkey, Bahrain, Iraq and Oman. Her research focusses on interpretations of early economics (especially long-distance trade), an Early State framework for the Indus Civilization, urban forms, waste water and flash-flood management, and, almost inevitably, the enigma of the “End” of the civilization.  She has also written about her experience with tribal people in Eastern Gujarat, and about technology practised in the home, the village, and the early urban workshops.

During the course of her career she has made significant contributions to interpretations of early India.  Among her most well known publications are Encounters: The Westerly Trade of the Harappa Civilization. Delhi: Oxford University Press, 1981; Understanding Harappa: An Introduction to Civilization in the Greater Indus Valley. Delhi: Tulika. 2001; The Other Indians. Delhi: Three Essays. 2004; With D. Mandal : Ayodhya : Archaeology after Demolition. Delhi: Tulika. 2007; Being Tribal. Delhi: Primus. 2010.

Currently, she is Member, Indian Council of Historical Research (ICHR) New Delhi and at The National Book Trust, New Delhi.

Some of the above themes will be subject of her Seminars.  She is well known for her interest in the ancient past but is firmly grounded in the way the contemporary society interprets it.  She will deliver a University Distinguished Lecture on 05th September 2013.

Prof. Shereen Ratnagar has an office in the Department of History (Room No.105), School of Social Sciences. Phone Ext.3152 (O) and 1153 (Guest House).  She can also be contacted at sfrssg@uohyd.ernet.in 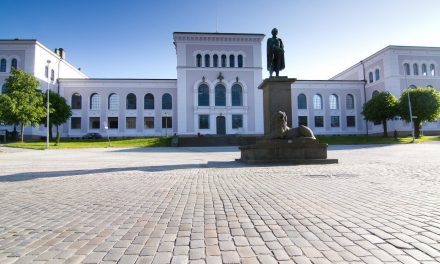