The five days’ Workshop of the Fundamental Glossary of Political Science was conducted from 7-11 August, 2017 in the Seminar Hall of the Department of Political Science, School of Social Sciences, University of Hyderabad. The workshop was concluded on 7th evening. In the concluding workshop, Dr. Shazad Ansari, Assistant Scientific Officer, Political Science, the Commission for Scientific and Technical Terminology, MHRD, Government of India said that on every term a detailed discussion has been take place in coming to a conclusion for the suitable Telugu term.

Dr. E. Venkatesu, department of political science, highlighted the issues in translation of political science terminology. The issues includes the usage and context of the usage has been changing language to language and one geographical region to another region. The resource persons of the workshop shared their experiences and difficulties in Translation of the Scientific and Technical Terminology with Prof. K. C. Suri. Prof. Suri attended the workshop to interact with the resource persons and make some suggestions.

Prof. K. C. Suri has brought to the notice of resource persons that the findings of suitable terms in the vernacular languages is a serious challenge and today it is becoming a global issue. Therefore, many European and Western counties shifting from their mother tongue to English. India is a diversified country with number of languages. Indian languages are older, richer and historically longer than the European languages. However, Indian language policy is a praiseworthy one and it is a constitutional innovation.

In India the effort for translation of relevant works has been going on since long time. He has illustrated several literary evidences such as Plato Republic, John Lock’s Two Treaties on Civil Government etc. in the beginning of 20th century itself. He also made certain precautions in translation such as expressing meaning in Telugu is a difficult one without reference to Sanskrit. Decoding of the meanings is a difficult task. To overcome difficulties in translation, he said that there is no need to invent the words which are already in existence, but one will have to improve the words and find the new terms when they are not in existence. Finally he concluded that the wisdom means knowing the meanings of terms.

Dr. Najiullah proposed the vote of thanks to the valedictory address. 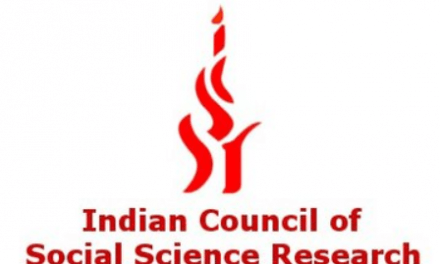 Science and Engineering Research Board Project for Dr. M Banavoth

Prof. B. Senthilkumaran of UoH honoured by NASI