Prof. Vinod Pavarala, UNESCO Chair on Community Media at the Department of Communication, University of Hyderabad, has recently concluded a very productive 10-day visit to Germany to gain first-hand understanding of the free radio movement in that country.

Invited by the pioneering free radio station, Radio Corax in Halle, Prof. Pavarala spoke on the relevance of community media in a globalized mediascape at a special panel at Medientreffpunkt Mitteldeutschland, a media conference of Central Germany, in Leipzig. He also participated in a workshop on the future of free radio in Germany organized jointly by the Association of Free Radios in Germany and Radio Corax.

Prof. Pavarala visited community radio stations in the cities of Halle, Nuremberg, Erfurt, Weimar, and Hamburg, covering four different states, and interacted with station representatives. In some of these places, he also had meetings with the state authorities for media and discussed the unique federal system in Germany where each state has its own media policy.

During the visit, Prof. Pavarala was also featured in one of the prominent newspapers, the Mitteldeutsche Zeitung, and interviewed over Radio Z in Nuremberg, a radio station that was born out of important social movements more than 25 years ago.

Publication on the prevalence of Dengue in Hyderabad

The Persistence of Distress in the Indian Countryside 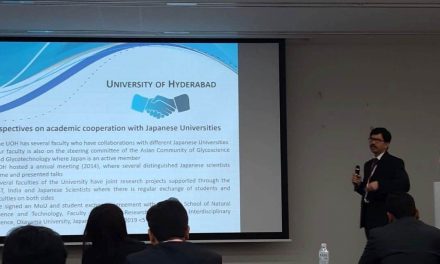