Caste Scripts and its Performance in Everyday Life 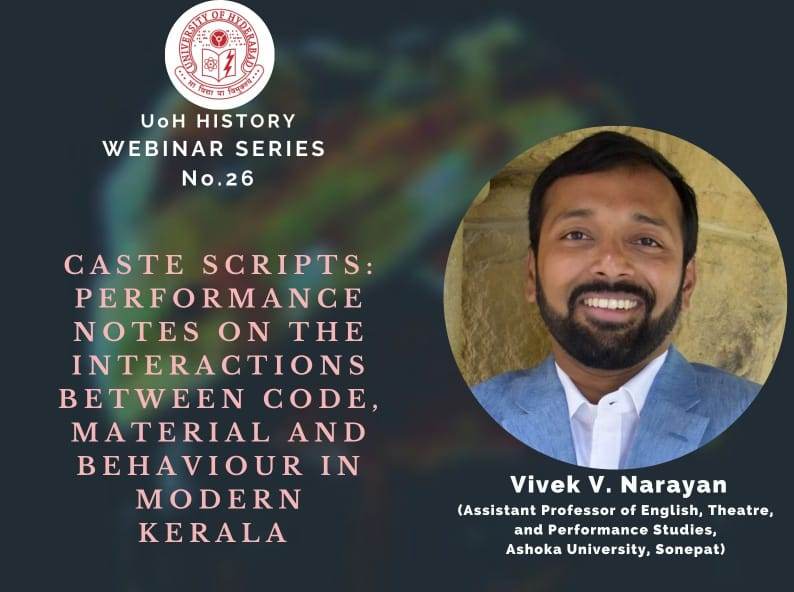 Using performance theory, Dr. Vivek V Narayan offered a novel way of understanding caste, its everyday life and the anti-caste resistances with special reference to modern Kerala. Dr. Narayan, who teaches English, Theatre and Performance studies at Ashoka University, was delivering a talk on the topic “Caste Scripts and its Performance in Everyday Life” which was the 26th talk in the UoH History Webinar Series organized by the Department of History, University of Hyderabad on 17 February 2022. 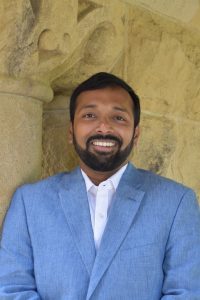 Dr. Narayan’s argument has been centered around the idea how social behavior is ridden with caste, and how this behaviour is governed and regulated by constricting access to certain objects and even spaces. The code, material and behavior together constitute the caste script that govern the performance of caste. It is in this context that the ownership of a bullock cart and riding it in a public space became a striking example of political protest against caste regulation or Jati Maryada.

Ayyankali’s villuvandi samaram or bullock cart protest, was a radical transgression of the Jati Maryada as it toppled the en-casted social behavior, use of objects and adherence to caste codes, Dr. Narayan argued. He showed how the very act of wearing certain clothes, owning bullock cart and directing labor can be seen as signs of protest as well as an assertion of common humanity. The otherwise simpleton act of riding a bullock into a crowded market, therefore becomes a legible act of protest and enacting of a new script based on a new vision of egalitarianism.

The performance of caste is in consonance with the scripts that society lays down, in the form of codes and behaviour, which was deemed apt based on caste. It is through the repetition of this behaviour and norms that language of caste is adopted and even executed through action. Striving for modernity by transgressing subjection imposed by the caste and by violating the deep-rooted caste script is what made Ayyankali’s act a transgression and a claim to modern human.

Prof. Bhangya Bhukya, the Head of the Department of History, welcomed the online gathering and moderated the session. Ms. Aditi Kanchanbaras, doctoral scholar, introduced the guest speaker, while Mr. Shameer T.A, research scholar, proposed the vote of thanks. Dr. V.J. Varghese and Dr. Vijaya Ramadas are the coordinators of the Webinar series.