Adventures of Chinnari enthralls one and all

The University of Hyderabad’s Theatre Outreach Unit located at Golden Threshold organized a special screening of its latest play production ‘Adventures of Chinnari’ which received a thunderous applause amidst standing ovation from the school children who were invited to witness the same at the Bharatiya Vidya Bhavan, King Koti.

The play directed by Basheer, a research scholar of Department of Theatre Arts, S N School of Arts & Communication, UoH was performed by the artists of first residency batch. This was a play performed by adults for young audience on 17th and 18th of July 2013 both in the Campus and Bharatiya Vidya Bhavan. Students of Campus school, Future Kids and Bharatiya Vidya Bhavan- Jubilee Hills were invited to watch the play and respond to the experience of witnessing a live performance. The response was very encouraging and has made the artists happy. It took nearly an hour to listen to the feedback and appreciation from the school students.

This Telugu play is based on a folk tale of China that has concern for several contemporary issues of children below the age group of 15 years. The artists will start travelling all over Andhra Pradesh from 21st July 2013 to perform in various schools.

Rajiv Velicheti, Associate Professor of Theatre Arts who has supervised the production process of this play said that this production will reflect the efforts that the UoH is putting in making as well as bringing meaningful theatre to the masses. 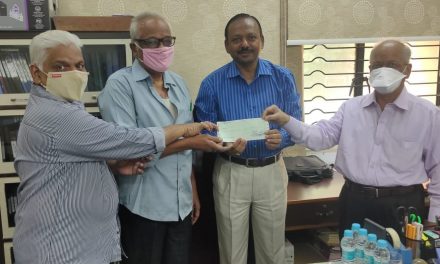