German, French, Spanish, Chinese (Mandarin), Japanese, Korean and Turkish are the languages taught at the centre. The Iranian Embassy in Hyderabad took part in the event by displaying literature related to the country and its language Persian, and gave the centre a number of books including classics, dictionaries and study material. It was announced at the event that Persian would be introduced as a language of study at the centre next year. Of the books gifted to the centre, those of general interest will be given to the university library while the dictionaries and specific study material will be retained by the centre.

Prof. J. Prabhakar Rao, a professor of Linguistics and the Head of Centre for Study of Foreign Languages says that foreign languages classes have a diverse mix of students. Students across departments are taking interest in taking introductory courses to foreign languages as bilateral and multi-lateral relations of India with foreign countries makes this knowledge valuable, he says. The centre, informs, Prof. Rao, receives about 250 to 300 applications each semester.

“I invite students to actively participate in the activities conducted by the department. We will host a foreign films festival next semester. Our Foundation Day celebrations, which take place on April 17 every year, include cultural performances by the students here on the languages they study,” said Prof. J. Prabhakar Rao.

UoH is among the top in the Country: D Balasubramanian 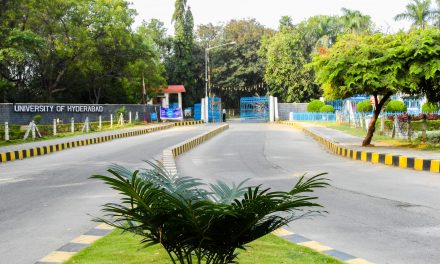 Prof. V. Chakravarthi Joins the Editorial Board of Arabian Journal of Geosciences 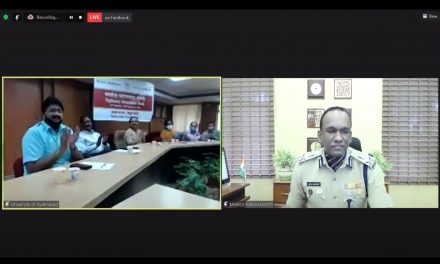