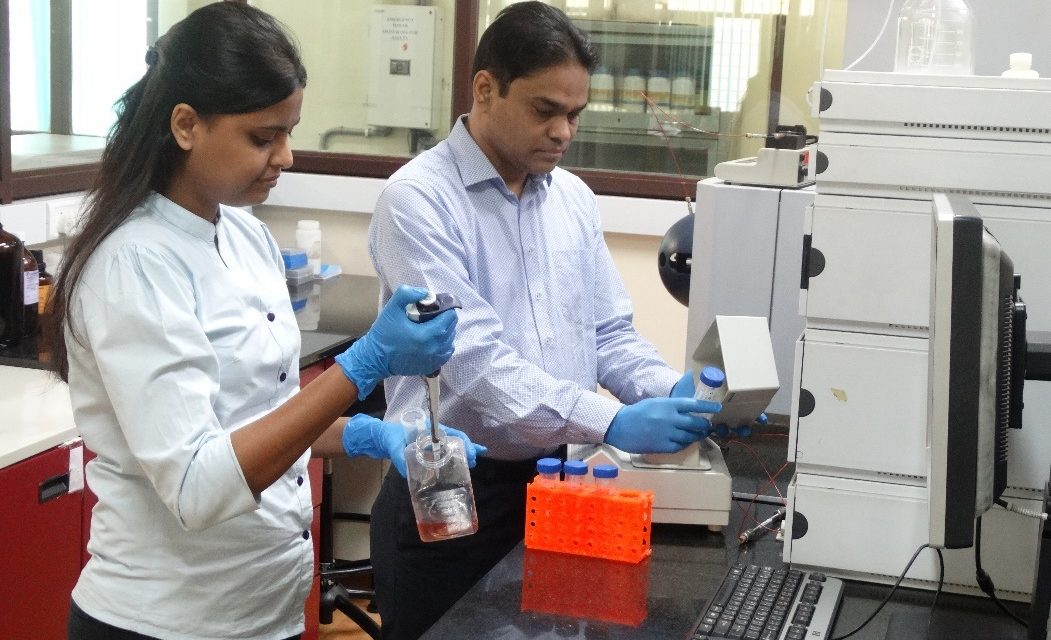 Malaria is a life-threatening disease caused by malarial parasite Plasmodium falciparum transmitted among humans through bites of infected female Anopheles mosquitoes. The World Health Organization’s (WHO) report of 2019 estimated 229 million malaria cases and malaria deaths at 4,09, 000 worldwide. Children below the age of 5 years are the most vulnerable and accounted for 67% (2,74,000) of all malaria deaths worldwide.  It continues to be a serious threat to mankind due to failure in curbing the disease. Lack of an effective vaccine, development of resistant parasites to all the available anti-malarial drugs, and emergence of insecticide‐resistant mosquitoes are the major impediments in controlling the disease.

During the course of their complicated life cycle malaria parasites are subjected to various temperature variations: 37°C in the human host, 25°C–26°C in vector mosquito, and to higher febrile temperature above 40°C during malaria‐induced fever in the host.  It is known that malarial parasites sense changes in the environment and accordingly amend gene expression through epigenetic modifications, thereby escapes from human immune response.  However, there is no conclusive evidence that elucidated the molecular mechanisms that contribute to the epigenetic variations of the malarial parasite. Thus, characterizing the various epigenetic factors and their regulation may shed light on the novel druggable targets. 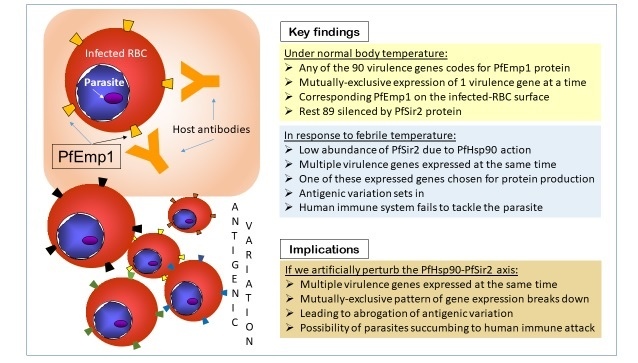 A novel discovery led by a team of researchers from the University of Hyderabad (UoH) could be the next big step in finding a cure for malaria. The research team of researchers led by Prof. Mrinal Bhattacharya from the University of Hyderabad found a correlation between the fever that is induced by malaria and the antigenic variation of the malarial parasites. The Plasmodium falciparum erythrocyte-membrane-protein 1 (PfEMP1) (the protein from the malarial parasite under current study) is the most predominant molecular determinant of antigenic variation in this parasite. There could be up to 90 variants of this protein and only one protein is expressed at a given time, and this expression is completely random. These proteins do not live through multiple generations as the malaria parasites keep changing from one protein form to the other, hence the human host fails to mount a robust antibody response against these variant proteins.  The present study uncovered how the parasites manipulate the expression of malarial proteins on the surface of the infected red blood cells in response to fever, which is the most common manifestation of the disease. They found that exposure to febrile temperature modulates the expression of virulence genes that could impact chronicity of malaria infection. They found that the master epigenetic regulator in Plasmodium, namely PfSir2, is itself regulated transcriptionally by epigenetic modification. It was discovered that the molecular chaperon Hsp90 serves as the key link between environmental heat stress and chromatin modification in this parasite. The   over-production of Hsp90 due to fever, results in lowering of the PfSir2 regulator. This leads to the simultaneous expression of multiple virulence genes, hence promotes the antigenic variation in the parasites. A direct implication of this would be the failure of the human immune system to produce adequate antibodies against each type of new antigen. The research team has found this crucial link between PfHsp90 and PfSir2. Regulation of PfHsp90 can eventually lead to expression of PfSir2, and can thereby lower the antigenic variation in the parasites, hence halting the immune escape by the parasites. Creating a drug to regulate Hsp90 is the next step to successfully prevent malaria in the future. 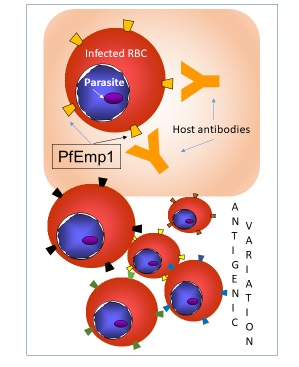 The findings from this paper suggests that targeting the parasitic proteins involved in the heat-shock response during fever is likely to restrict the antigenic variation in the parasites and thereby prevent malaria.  These findings are published in a reputed journal “Molecular Microbiology” by a team lead by Prof. Mrinal Kanti Bhattacharyya and his students, Ms. Wahida Tabassum, and Dr. Shalu Varunan (Department of Biochemistry, School of Life Sciences, University of Hyderabad) in collaboration with Dr. Sunanda Bhattacharyya (Department of Biotechnology and Bioinformatics, School of Life Sciences, University of Hyderabad).