The department of English, UOH, are notorious for arranging various forms of interactive and cultural activities for their incoming juniors and outgoing seniors. In such spirit, the Fresher’s Cricket Cup was organized on the 7th of August in the Sukoon ground. This match was one of the first in a serious of cultural activities organized for the “freshers” batch of ’15, by their immediate seniors.

The idea was simple. A day of cricket match, accompanied by tea and snacks, to provide the opportunity of bonding between faculty and students of various classes, in the backdrop of healthy competition. The two teams that played consisted of: first years and professors vs second years and MPhil students.

The ball was set rolling by the Head of Department, Professor D. Murali Manohar, with a few words regarding the conceptualizing of the match, and highlighting the spirit of the occasion. He also reminded us of the honorable presence of senior professor Mohan Ramanan, who had taken retirement only last year, and had graciously agreed to come over and take part in a match with his favorite students.

Keeping up with the tradition of extending courtesy for the teachers, the team containing the professors were allowed to bat for 15 overs, batting first. The chasing team had to get the target inside 12. After an eventful and entertaining match, full of lively banter, spirited performances, comic moments and unexpected drama, the batting side narrowly won the game thus making sure the “Fresher’s Cup” went indeed to the freshers!

Batting first, the proceedings started with the professors batting out the initial 4 overs, after which the senior men opted to “retire”. There were twists and turns in the match, as one of the younger professors Girish Pawar turned on the heat with a flurry of fours and sixes during the middle overs. The damage was slightly compensated towards the end of the first innings with a quick succession of wickets. The seniors team tried gamely during their innings, but after the first 2 partnerships, during which they still threatened to take the match away, the momentum fell through. The female players of the senior team also took enthusiastic part and finished off proceedings.

The mood remained light throughout the game. After the end of a satisfactory match everyone gathered for a round of photoshoot and the trophy presentation. No sooner had official proceedings dwindled than out came the selfie sticks, and young boys and girls hurled themselves in groups before the camera, completely oblivious to seniority and other restraints. All in all, the Fresher’s Cup was an afternoon well spent.

Medicinal and Aromatic Garden inaugurated at University of Hyderabad 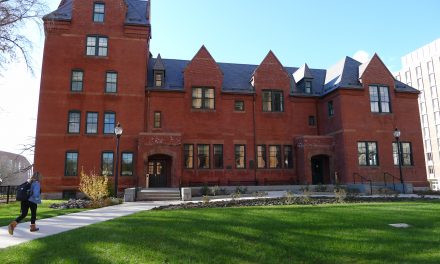 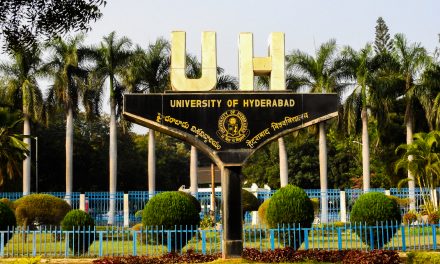 Extension of last date for Startup Launcher Program at UoH