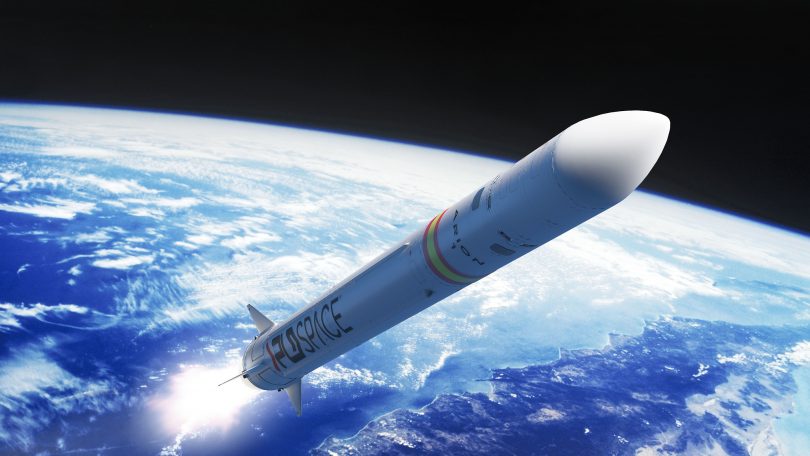 The Advanced Centre of Research in High Energy Materials (ACRHEM) – a DRDO Centre of Excellence in University of Hyderabad has been granted a patent entitled “Hydroxyl Terminated Polybutadiene (HTPB) based Polyurethanes”.  The inventors of this patent are Prof. Tushar Jana (School of Chemistry and adjunct faculty in ACRHEM), and two of his associates:  Dr. Bikash Kumar Sikder (worked as a post-doctoral fellow in ACRHEM) and Ms. Moumita Dhara (Ph.D. student in the School of Chemistry). Hydroxyl-terminated polybutadiene (HTPB), a viscous liquid has several uses, one of the most important applications is in solid rocket propellant (SRP) where it binds the oxidizing agent and other ingredients into a solid but elastic mass.  HTPB is an inert prepolymer that contributes nearly 10-15% mass of the propellant compositions; replacing the inert mass by energetic molecules and retaining inherent properties is a very crucial step to obtain energetic binder. The present invention describes a process for the tethering of energetic molecules (nitrogen rich molecules) at the terminal end of HTPB, which has resulted energetic HTPB binder, and also imparted superior properties than the native HTPB. Indian Space Research Organization (ISRO), DRDO and various space and defense agencies across the globe employ HTPB based binder to manufacture composite propellant systems. The inventors believe that the binder material described in this invention has very strong potential to replace the traditionally used HTPB binder in the manufacturing of solid rocket propellant. 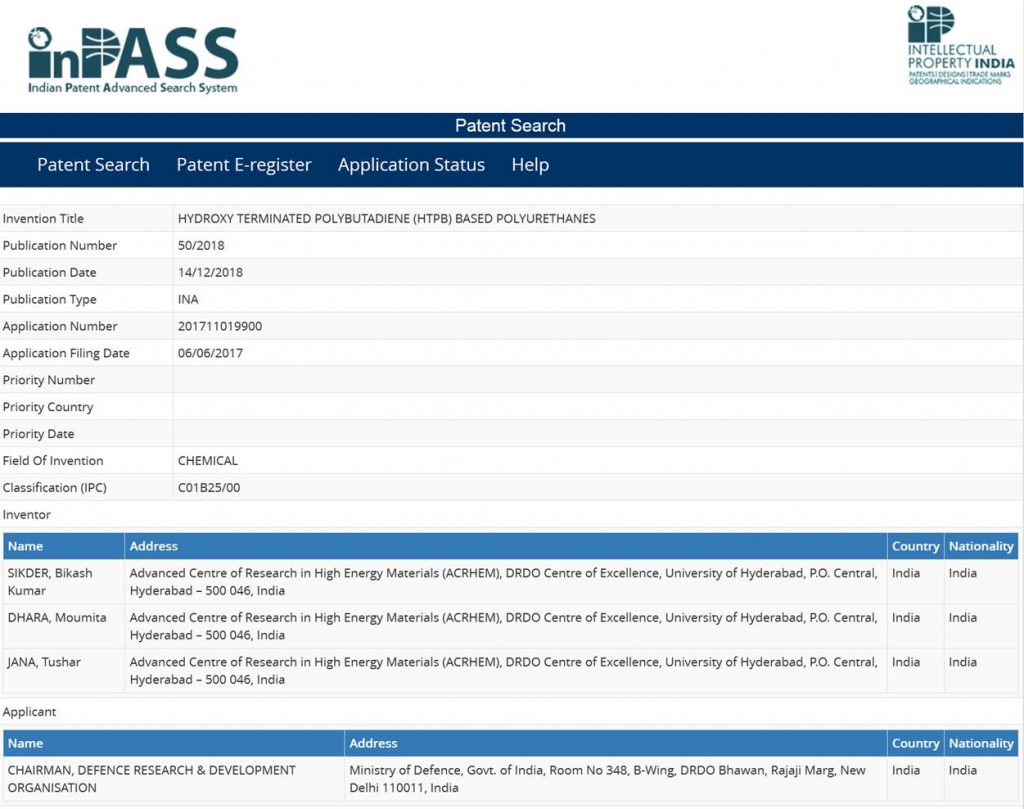 This invention also reveals a synthetic methodology for the preparation of polyurethane (PU) with significantly high tensile properties from HTPB and various isocyanates.  This will be of great help in manufacturing flexible polyurethane (PU) rubber with specific physical properties for various high-end applications such as aerospace engineering, surface coatings and surface sealants, high-performance adhesives, synthetic fibers and carpet underlay, hard-plastic parts etc. 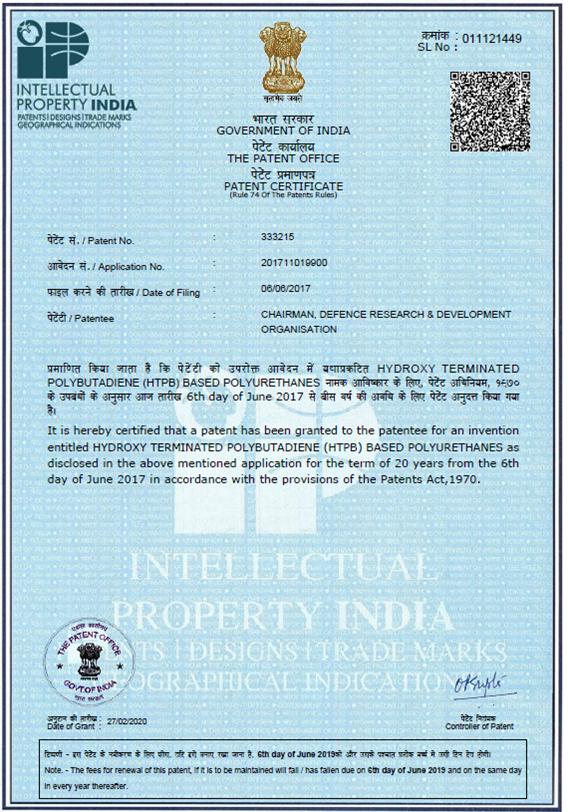