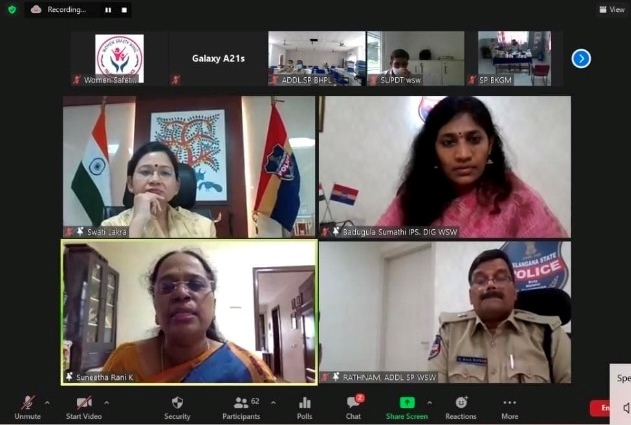 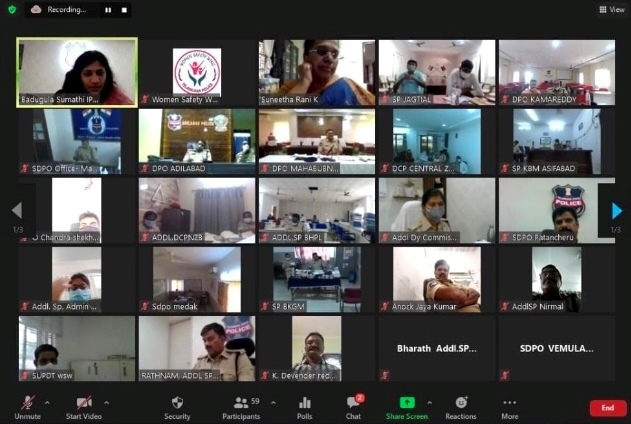 These lectures were held online on 17th July, 24th July, 31st July and 7th August 2021. During these sessions, Prof. K. Suneetha Rani explained the key concepts related to gender, the subtle manifestations of gender-based violence, the patriarchal institutions, social and cultural agencies that perpetuate violence against women, private and public spheres, workplace harassment, sexual abuse, gendered nature of language, the importance of understanding the spectrum of gender identities, the need for providing safety against violence especially for women of vulnerable sections, and the significance of gender perspective, gender analysis and empowerment of women. 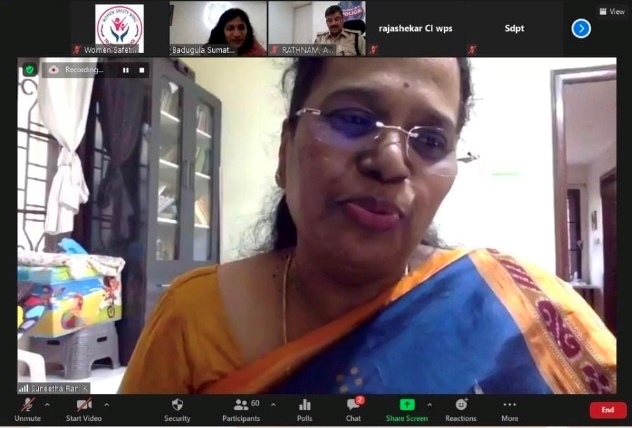 Prof. Suneetha Rani shared presentations and notes on each session, and detailed notes, in the form of a booklet, titled “Gender Charcha” consisting of the gist of the four lectures, exercises and case studies for the nodal officers to conduct training sessions. The notes, similar to the lectures, emphasised the need for police officers to be gender-sensitive and gender empathetic much more than any other individuals and sections in society as the responsibility of implementing the law is on them.