Indian subcontinent holds a special position in regard to its biodiversity and biogeography. Due to its unique landmass and structure, various indigenous groups of flora and fauna have evolved and multiplied alongside the landmasses. Our sub-continent possesses one of the most distinctive and substantial number of ecosystems in the world. One such mega bio-diversity hotspot area is that of the peninsular region of Tamil Nadu, India. Tamil Nadu state has numerous naturally occurring geographical landmarks like mangroves forests, back waters, sea beaches, marine habitats and freshwater ponds. Along with the natural resources Tamil Nadu is home to many aqua culture ponds, sea ports and agriculture lands. The area is even known for its rich culture and various art forms. The flora and fauna of the eastern coast region has been widely studied and emphasised. In recent times, growing interests have been shown in unearthing novel microorganism from the coastal and marine habitat for the possible discovery of new metabolites. It has only led to biasness leading to the limited studies of microbiome. Therefore, to fill the gaps generated a humble effort was made in order to understand the richness of the bacterial diversity inhabiting the coastal areas of Tamil Nadu. A sample collection trip alike Sikkim’s expedition held in May, 2017 was planned to be toured by car.

A sample collection team of seven members was assembled and lead by Professor Ch. VenkataRamana and Professor Ch. Sasikala. The team members were Suresh G, Indu, Kumar Gaurav, Smita N and Anusha Rai from Department of Plant Sciences, School of Life Sciences. The team were further joined by Dr. Ashok from Cuddalore, Tamil Nadu. Therefore, the main focus of the expedition was to collect samples from all spheres possibly to explore both the photosynthetic and chemotropic bacterias inhabiting the various places. The road trip was planned in such a way as to cover the eastern coastal region of Tamil Nadu state in a period of ten days i.e., from 29th May to 10th June. Although it was a humungous step towards the scientific discovery of the microbial wealth but no stone was left unturned in achieving what was initially aimed at. Despite the overwhelming temperature above forty degrees, our team were able to collect three hundred samples from unique places. Those places were chosen which were very less frequented and touched upon. Upon our survey it was observed that these places were highly preserved upon due to fewer impediments of the human sources. It was colossal for us to interact with nature in its purest form. Therefore, keeping our environmental crisis in mind, we collected only those samples which would have none of the degrading impact on the eco-system. Our samples were sediments from the freshwater ponds, paddy fields, back-waters, algae mats, dead sponges and corals. Our trip was planned in such a way such that we would cover each coastal area in a day. This way we were able to explore maximum places and collect numerable samples. The trip was toured in the following way:

We first started sampling on 1st of June in and around the area of Cuddalore after travelling all the way from Hyderabad via Anantapur. The site had a huge backwater where once in a while the sea water in fluxed due to which a lot of bio-diversity were deposited. There samples like deep water sediments, dead jellyfish infested with phototropic bacteria and bio films were collected. Moving forward towards Chidambaram, an isolated place with layers of immiscible oily substance on the pond was seen. We further explored one quiet beach by the name of Parangipettai. A little far from the same beach, marshy area was seen which was highly polluted. On careful observation, pink patches were seen. It was in association with the algae. These places were marvellous sites of various biological interactions. After successful collection of the sample we retired for the day.

3rd June was fixed for the visit towards the Mangroves forest, Pichavaram. Due to restrictions by the ministry, we did not collect the samples but on our way back we found many abandoned shrimp farming ponds. The soils surrounding the ponds had excessive deposition of salts due to which life-forms were scarcely growing. The sediments from the ponds were rich in organic matter and algal bodies were growing in plenty. Some of these above said samples were collected invariably. On further travelling, we came across one sea beach. Non- commercialised beaches in Tamil Nadu are real feasting for the eyes as they are very clean and aesthetically beautiful. Many wonderful places were met in between suitable for the sample collection. Two such places were Thirumullaivasal and Poompuhar which were both the fishing harbours. These both areas were heavily polluted with human activities. Luckily, one pink coloured pond was still present at the same spot where the sample was collected many years ago at Poompuhar. As mentioned earlier, Tamil Nadu is a culturally rich state bestowed with hundred years’ old temples and heritage centres. We took the opportunity of visiting temples and pilgrimage centres.

The following day on 5th June, we were on our way to Manargudi when we observed many non-functional tank bunds of 6 to 8 feet height. As it was left unused there were patches of brown coloured water in some places. Just few metres away from this stop, a large natural water body with lots of weed algae at the orange coloured bottom were seen. Towards Manargudi many acres of salt pans were practiced due to high salinity. At one such salt pan pink to reddish coloured seawater pond was found where the salinity level was way higher than which our device could actually detect. Some interesting phenomenon like salt crystals floating were witnessed, on careful observation these crystals has some bio films associated due to which it was afloat. Our insatiable quest for samples led us closer to the beaches of the Point Calimer wherein we collected various coloured weeds washed offshore by the sea waves. The beaches were undisturbed and were very rich in various sea shells. In response to the heavy wind current and high tides, we had to withdraw soon. Our next scheduled destination was towards Mandapam which was twelve feet above sea level. While travelling towards the place we halted at different sites for the collection. In between many lagoons were found rich in algae diversity. Sea beaches were also explored, fortunately many dry sponges and sea weeds were found scattered due to the invasive sea waves. The east coast side of the road had many deserted and unused saltpans which proved excellent for unique microbiome studies. Temperature often increased drastically during the mid day all throughout the tour. It was the sheer infusion of determination and enthusiasm from our supervisors that helped us stride towards our collection goals. That night we halted at the guest house of the Central Marine Fisheries Research Institute.

We all were looking forward for our travelling towards Rameshwaram and Dhanushkodi on 6th June. Rameshwaram and Dhanushkodi being the tip towards the south east corner of India were thought of to be in-housed with varied ecosystems. It proved quiet true as well. Huge extensions of pink and orange dried wetlands were seen on one side of the road. The upper coloured layers were due to the result of the bacterial colonisation. It was wonderful to see such marvels of nature thriving even at high salt concentrations. After crossing the busy town of Rameshwaram, we were at the tip of Dhanushkodi. The sand particles were obstructing our views heavily due to tremendous wind pressure from the sea. Therefore, we had to leave the place and drive backward.

On our next early morning return journey from Mandapam to Kanyakumari we stopped by the Pambam Bridge. Pambam Bridge joins the mainland India to the island of Dhanushkodi. We ventured towards the shallow seawater wherein a lot of algal and sea weeds were found lying due to washed sea waves. The habitat was undisturbed such that we could see varieties of fishes swimming across in search of their prey. We further travelled towards Valimokkam place for the sample collection. This was a sea beach nested far away from the inland areas but towards the east coast. Every inch of this beach had variety of dead marine life forms like sponges, corals, dead fishes and sea weeds scattered all over. It was correctly named as the “Graveyard of the sponges”. This place would be a real feast for those people who love observing marine lifeforms. Sponges of all colour and shapes like Axinella sp., Echinodictyum sp., and Spongia sp., could be found. From Kanyakumari we detoured back to Hyderabad via Madurai on the 8th June. In between we visited many temples and churches. Temples which were thousand years old like Tirukoillur Vamana temple, Nataraj temple at Chidambaram and Madurai temple. Vailankanni church, which is a holy pilgrimage for the Christians residing in the South, was also visited. It was aesthetically beautiful and peaceful.

Therefore, we see that Tamil Nadu is one of the richest states in India bestowed with cultural, spiritual and natural resources. Tamil Nadu was the desirable place for experiencing nature at its purest form. This trip was a blessing in disguise as it paved new ways for the better understanding of our Mother Nature. Nature is fascinating and the laws it deals with are even more intriguing. It is rightly said that Nature is our best teacher and offers solutions to almost all the problems. Therefore, as a science enthusiast all we can do is confide in nature for its infinite guidance. The lessons that we learn in and around our mother nature can never be compared to our working lab hours. Therefore, it would be wonderful if everyone would venture out once in a while and comprehend nature at its purest form. 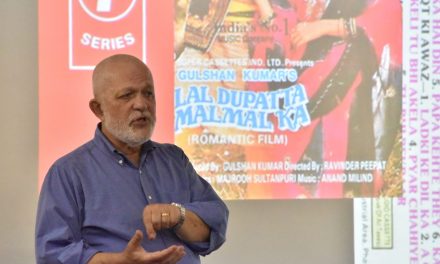