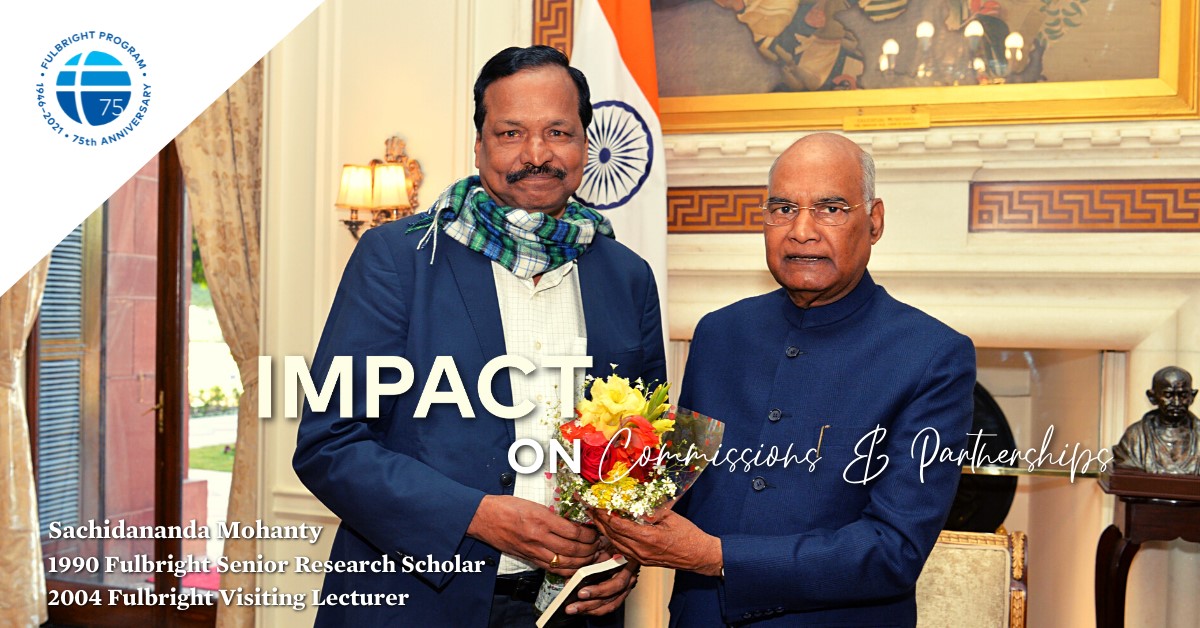 The United States-India Educational Foundation (USIEF) celebrates 75th anniversary of the Fulbright Program by highlighting Prof. Sachidananda Mohanty’s Fulbright 75 story this year. Prof. Mohanty is a former Professor and Head of the Department of English, School of Humanities, University of Hyderabad (UoH) – an ‘Institution of Eminence’ and former Vice-Chancellor of Central University of Odisha.

The Fulbright Program celebrates 75 years of building lasting connections through educational and cultural exchange. Prof. Mohanty was a Fulbright grant recipient to the U.S. in 1990 and 2004.  His extensive research on the Fulbright exchange program was published as a book, “In Search of Wonder: Understanding Cultural Exchange – Fulbright Program in India” in 1996 to commemorate 50 years of Fulbright program (1946-1996).  A recipient of several national and international awards, Prof. Mohanty was a member of India’s Commission on Education to the UNESCO. Prof. Mohanty is also a member of the Governing Board of the Auroville Foundation and now resides in Odisha.

Prof. Mohanty, winner of many national and international awards, such as the Katha, British Council, Fulbright, Charles Wallace, and the Salzburg, has published extensively in the field of British, American, Gender, Translation and Post-colonial Studies. His books have appeared in Oxford, Sage, Routledge and Orient Longman, among other notable Publishing Houses. He was a Member of India’s Commission of Education to the UNESCO and Senior Academic Associate at the American Studies Research Centre, [ASRC], Hyderabad.