Dr. Dickens Leonard, associated with the Centre for Comparative Literature (CCL), University of Hyderabad (UoH), and also an alumnus of M.A- English (2009) and MPhil (2011)-Ph.D. (2017) from UoH, has joined the ICSSR Research Institute called the Centre for Studies in Social Sciences, Calcutta (CSSS-C) as Assistant Professor in Cultural Studies. 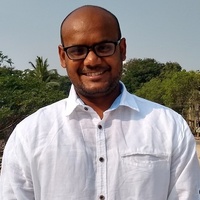 Dr. Dickens Leonard worked as a Temporary Faculty from 2017 until December 2020 at Centre for Comparative Literature, UoH.  Dr. Dickens researched “the writings of the 19th century Tamil intellectual Iyothee Thass and Tamil Buddhism” for his Ph.D. (2017) in Comparative Literature supervised by Prof. M.T. Ansari from the University of Hyderabad. He was formerly DAAD-visiting Ph.D. fellow (2016) at the Centre for Modern Indian Studies, Georg-August University, Goettingen, Germany. His interests lie in literary studies, film and cultural studies, translation, and the history of anti-caste thought. He is largely interested in critical humanities, in the intersection of these disciplines, as it paves the way towards a meaningful and transformatory pedagogy for Human Sciences. Besides researching, and recently teaching in this area, his current research explores anti-caste intellectual thought and comparative cultural studies in India. His research publications largely explore how anti-caste intellectuals engaged with religion and literature in the context of colonialism and print in India; and also on contemporary Tamil cinema and culture.

He also recently received the Fulbright-Nehru post-doctoral research grant (2020), with which he wishes to collect and analyze material on, what he calls, “Shadow Modernity” – the most oppressed communities’ engagement with colonial modernity – which provided opportunities for new employment and made travel conditional. The project would study migration history and print culture with a critical anti-race and caste framework; and it would centralize and compare the Dalit point-of-view with that of the African-American experience.