A ‘Faculty Sensitization program’ was organized by Dean, Students’ Welfare in collaboration with College of Integrated Studies on 02.11.18 at Conference Hall, CIS. The programme was inaugurated by honourable Vice Chancellor Prof Appa Rao Podile. Prof Sanjay Subodh, Director CIS, Prof Krishnaveni Mishra, Associate Director of CIS and Prof Darla Venkateswara Rao, Deputy DSW also graced the inauguration of the programme. The programme was attended by about various Faculty members from various departments/centres/Schools across the University.

Dr G.Padmaja, Deputy DSW and Co-coordinator of the programme welcomed the participants to the programme. She explained the context leading to organizing the programme. She portrayed how after a meeting honourable VC called for with various important officials in the services for students he urged that multifold steps be taken to support students to manage various stresses and to deal with problems from several perspectives. In the series of programmes planned by DSW office, the first one was a panel discussion organized on 05.09.18 and as an outcome of the suggestions made in this discussion the faculty sensitization programme is planned.

Prof Sanjay Subodh in his opening remarks pointed to the need felt by CIS in organizing such programmes in view of the diversity of problems exclusively seen at CIS owing to the entry of very young and fresh students. He emphasized on the role of mentors in the atmosphere of such diversity in the College for Integrated Studies where students face several problems from different angles. He welcomed planning and organizing more such programmes in future.

Vice Chancellor Prof Appa Rao in his inaugural address appreciated the Office of DSW and CIS for collectively coming up with such an important programme. He pointed to the multitude of problems faced by students and need for identification of the same by teachers. He illustrated personally how he tries to identify the problems when he interacts with his students. Citing the role of mentors pointed out by Prof Sanjay Subodh, he showcased the need for the Faculty and Mentors in understanding the problems of students and spending time with students beyond classroom. He portrayed how the availability of psychological counsellors as a unit support the system of the university, teachers, peers and friends. He also emphasized on the significant role of support from multiple angles like teachers, peers while family plays an important role at a personal level. He urged the Faculty to utilize the benefit of such sensitization programmes and further spread the understanding. He lauded the efforts of the team of DSW in actively organizing and spreading awareness related to enhancement of mental health. He hoped that in years to come the University emerges as a place with minimal issues.

The inaugural session was immediately followed by the sessions by resource persons. The resource persons were introduced to the participants by Dr B.Hymavathi, Psychological Counsellor.

Session 1 was conducted by Dr Saroj Arya, Former Associate Professor in Rehabilitation Psychology, NIEPID and Professor in Clinical Psychology, Sweekar Academy of Rehabilitation Sciences, Secunderabad. The title of the session was ‘Psychological Support to Students’. In her session she elaborated on how transition to university is a complex process where educational, vocational, personal and social dynamics are interactively engaged and how this transition represents a psychological adjustment, primarily “relational” in nature. In this process, she said Psychological support is an important determinant for coping with stress at key stages in education (such as the beginning of studies in university), as well as buffers the effect of life stress and depression. Both the ability to perceive and utilize psychological support play a role in coping with stress. In this background, she talked about how teachers can contribute to a ‘learning climate’ that can affect student learning and mental wellbeing. She illustrated frequent problems such as depression, anxiety, trauma, and behaviour problems such as internalizing and externalizing problems that students may encounter at several phases for varied reasons. She discussed in detail about important issues such as Trauma, Suicide, Alcohol abuse and Drug Addiction.

Cited several problems faced by students which may remain unidentified and hence unattended by the teachers and significant others. For example adjustment problem of a student may be owing to some trauma which he/she might have faced. She discussed about the possible cognitive emotional and behavioral strategies useful to deal when a student demonstrate a problem. She emphasized upon the skills required for a person to deal with problems – such as listening, empathy etc. she emphasized on the do’s and don’ts of behavior in dealing with problems of students. Her session ended with a discussion round where faculty posed a few questions about practically handling issues like stigma that students have to visit Psychologists. To this she and the DSW team handling counseling pointed to the confidentiality and need for counseling for any individual who is normal but may need some support.

Dr. K. Niranjan Reddy in his session explained to the audience about stress and its dynamics. The different physiological – psychological interpretations of stress and its manifestation were discussed with relevant examples. He talked about the importance of time management, ways to enhance self concept, need for positive self talk, individual differences in perceptions and dealing with erroneous perceptions. He described the essence of Cognitive Behavioral Therapy (CBT) and the ABC model. He explained how when beliefs are modified and cognitively re-oriented, behaviour change can take place and emotions do not take over the behaviour. He discussed, the impact of stress in terms of its immediate and long-term effects

With case study illustrations, he explained several contexts of stressful conditions and psychological techniques useful in dealing with them. With Faculty members volunteering to participate in the demonstration, techniques like Jacobson Progressive Muscle Relaxation (JPMR) and Guided Imagery techniques were illustrated for relaxation and stress management. In Progressive muscle relaxation, while one Faculty was called forward to demonstrate the relaxation method, in the demonstration of Visualization/Guided Imagery relaxation method, all the faculty participated at a group level.

The programme ended with the Vote of thanks proposed by Mr Subhash, Psychological Counsellor.

Prof. B Senthilkumaran elected to the Fellowship of the Indian National Science Academy 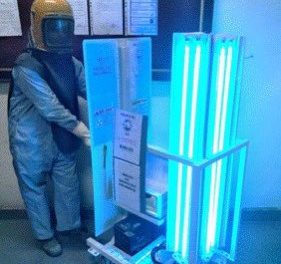