Renowned Flutist of the Country Pandit Hariprasad Chaurasia gave a melodious concert at the University of Hyderabad (UoH) on 9 November 2014. The concert VIRASAT 2014 organised by SPIC MACAY in association with UoH saw an overflowing DST auditorium consisting of students, faculty, staff and music lovers from the city applauding the great maestro’s performance. Panditji was accompanied by Pandit Ramkumar Mishra on Tabla and Debopriya Ranadive on Flute.

Panditji started with Raag Yaman and elaborated the raga for nearly an hour showing its different flavours. This was followed by an interaction with the audience comprising of music lovers from the University and the City. Panditji insisted that every instrumentalist must be also trained in the traditional vocal music. He said that today’s parents must concentrate on training their children in music instead of exposing them to reality shows which only spoils their childhood and distracts them from learning music and its essence. Panditji later played a folk number on request from the music lovers.

Pandit Hariprasad Chaurasia is a world-renowned exponent of the bansuri or bamboo flute. He is one of those rare classical musicians who expanded the peripheries of classical music by taking it to the common masses. Panditji has introduced several innovations in the art of playing flute. He has significantly expanded the expressive possibilities of North Indian classical flute through his masterful blowing technique. Hariprasad Chaurasia has also made his mark as music director in the Hindi film industry. In partnership with Pandit Shivkumar Sharma, he has given music in several hit Hindi films such as “Silsila”, “Chandni”, and “Lamhe”. He has won several honors and awards. These include: Sangeet Natak Academy Award (1984), Padma Bhushan (1992), and Padma Vibhusan (2000). 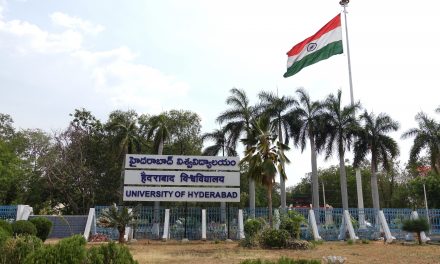