A panel discussion on Homophobia, Sexual Vigilance and Decolonizing Gender was held at the C V Raman auditorium, University of Hyderabad on October 15, 2014. The panel was chaired by Chayanika Shah, an independent researcher and contemporary women’s and sexualities rights movements activist, the members of the panel were Raj Rao, writer and Professor, former Head of the Department, University of Pune, Dr. Brinda Bose, Centre for English, Jawaharlal Nehru University, New Delhi and Karthik Indira, a gender queer transgender and a Professor of Neuro Science, University of Hyderabad.

Raj Rao presented a paper titled “Homophobia in the context of India’s shame culture” in which he talked about Homophobia as a denotative term in the Indian context. He read out autobiographical accounts from his novels to cite instances of police apathy towards transgender individuals in the country. Explaining the difference between “Shame Culture” to “Guilt Culture”, Rao said that the former is imbued with Hinduism whereas the latter flows from Christianity with excretion and atonement being the modes of redemption. While the Shame has more to do with familial, Guilt is related to personal.

Emphasizing the concept of “psychological persecution”, he said that there have been instances in the country where acts of transgression by heterosexual couples have supposedly brought stigma to their families. He said that homosexual behavior, unless it is spelt out, it not accepted in the Indian society.

Brinda Bose, presented a paper on “Sexualities and Vigilantisms”. Through her paper, she brought out varied instances where the leftist parties had out rightly rejected the presence of a third gender. Citing such instances, she said that the vigilantisms are practiced by the broadly left thinking parties in India. They undertake to cleanse the society of behavioural practices such as those of the transgender. She averred that queer is a politics which possesses the power to unite the binaries.

Karthik Indira spoke on “Annihilation of Gender” which dealt with the need of annihilating the biological category of gender. Appropriating the title to Dr. B R Ambedkar, Karthik urged the audiences to revisit the concept of gender roles that have been designated to the individuals according to their gender. Annihilation of gender means where caste based and genital based distinction are forced upon individuals.

Vote of thanks was proposed by Pushpesh Kumar.

The panel evoked massive response from the audience who added limelight to the ongoing discussion. 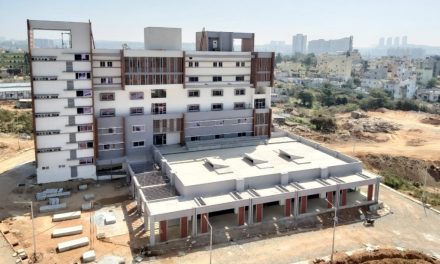