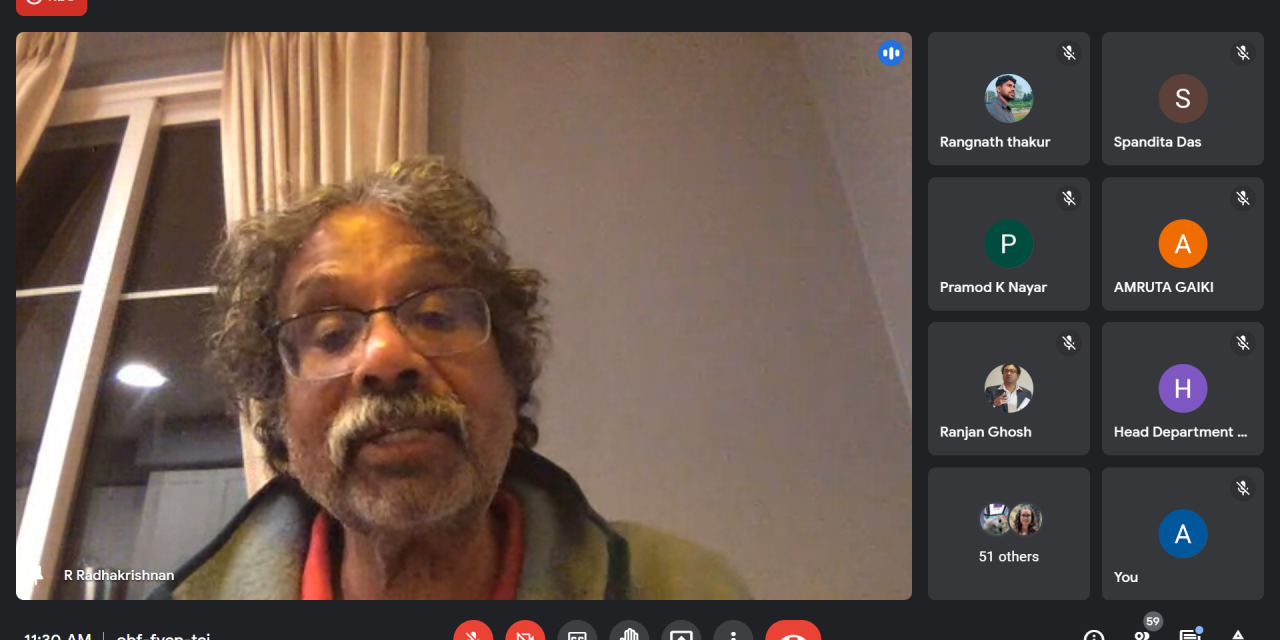 On March 1, 2022, the Department of English of the University of Hyderabad (UoH) organised an online public lecture to mark the 70th anniversary of the publication of Frantz Fanon’s Black Skin, White Masks. The lecture, titled “Black Skin, White Masks: An Anti-Manifesto, Ex Nihilo,” was delivered by Professor R. Radhakrishnan of the University of California, Irvine, and was coordinated by Professors Anna Kurian and Pramod K. Nayar. The Head of the department, Professor Anna Kurian welcomed the virtual gathering, and Professor Pramod K. Nayar introduced the speaker. Among the audience were Professor Ranjan Ghosh of the University of North Bengal, and several students and alumni of the department.

The event commenced by paying tribute to Professor Sudhakar Marathe, former Head of the Department of English and the former Dean of the School of Humanities, UoH, who passed away recently; the gathering observed a minute’s silence in his memory. Professor Radhakrishnan also remembered Professor Marathe, as well as other former faculty of the department. The lecture began by posing questions related to the temporality, historicity, and contemporary relevance of Fanon’s text. Professor Radhakrishnan listed the various forms in which Fanon can be seen, to ask whether he can be located in a particular school of thought. He then went on to explain the title of his lecture, by reflecting on the genre of Black Skin, White Masks; he offered a range of possibilities – from anthem to rant. 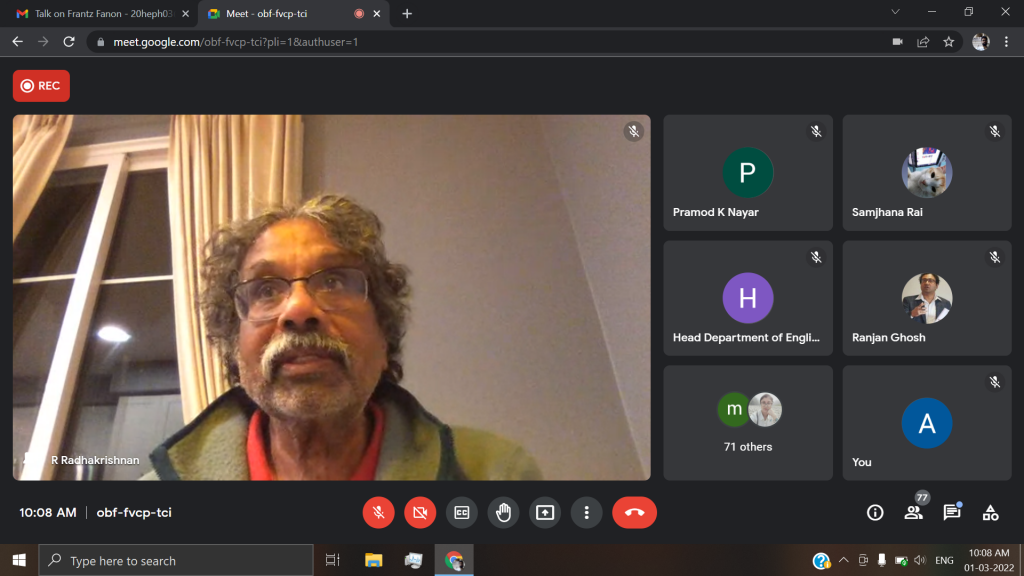 Central to Professor Radhakrishnan’s discussion of Fanon were the issues of Being and Humanism in Fanon’s text – the debates around the Black Man’s ontology and epistemology. Part of this critique was a reference to the extermination of the entire history of the Black Man by colonisation, rendering him twice-born, with nowhere to return. He further reflected on Fanon’s methodology, which borrowed frequently from psychiatry. Drawing a distinction between the anti-colonial struggle of Fanon and Mahatma Gandhi, Professor Radhakrishnan argued that unlike Gandhi, violence was a cleansing agent for Fanon, and it was essential to his view of decolonisation. Towards the end, he questioned whether it was possible to formulate a new humanism for the Black Man.

The lecture was followed by a stimulating session where the speaker responded to questions and comments from the audience. Particularly notable was an intervention by Professor Ranjan Ghosh, whose question was based on the phenomenological description of embodied experience in Fanon. The other questions from the audience were concerned with themes like the comparison between the approaches of Gandhi and Fanon, and the possibility of love in Fanon’s critique of racism and colonialism.

The event concluded with a vote of thanks by Sayantan Lahiri, an MA student at the department.