The Devadasi Woman and the Trajectories of Matriarchy: Our Stories in our Voices 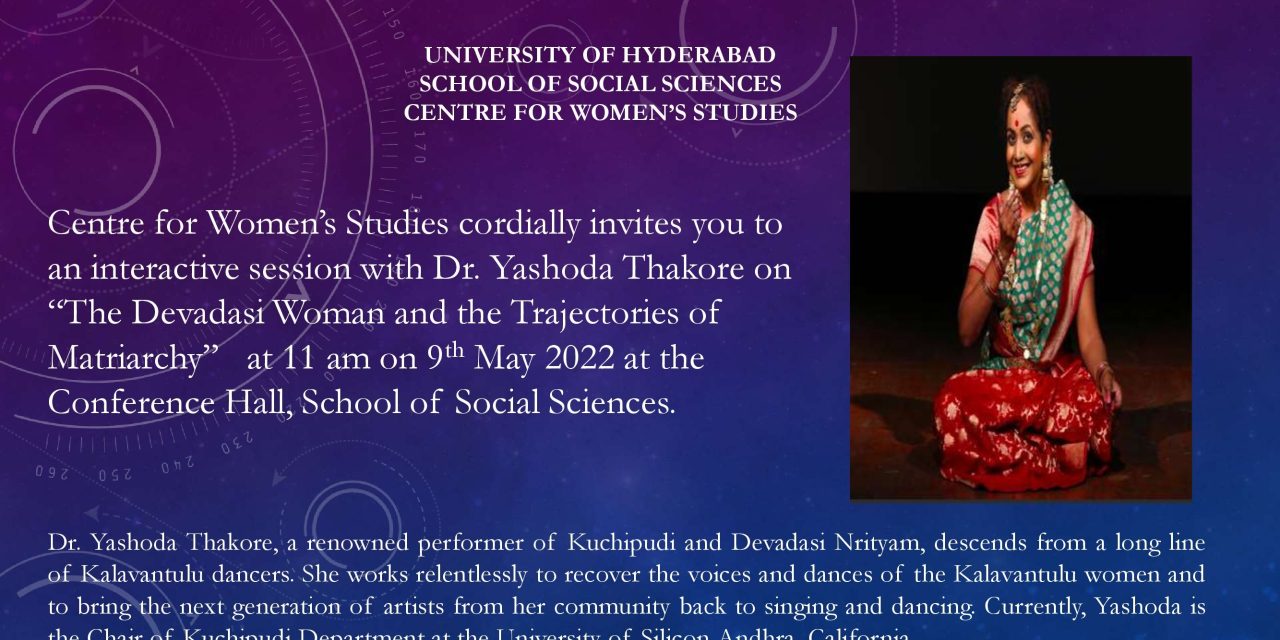 The Centre for Women Studies, School of Social Sciences, University of Hyderabad (UoH) hosted an interactive session with Dr. Yashoda Thakore, a distinguished Kuchipudi and Kalavanthulu dancer at the Conference Hall on 9th May, 2022. In the talk titled, ‘The Devadasi Woman and the Trajectories of Matriarchy’, Dr. Yashoda held a lens to the life stories of three generations of Kalavanthulu women  in the wake of the Devadasi Abolition Act of 1947. 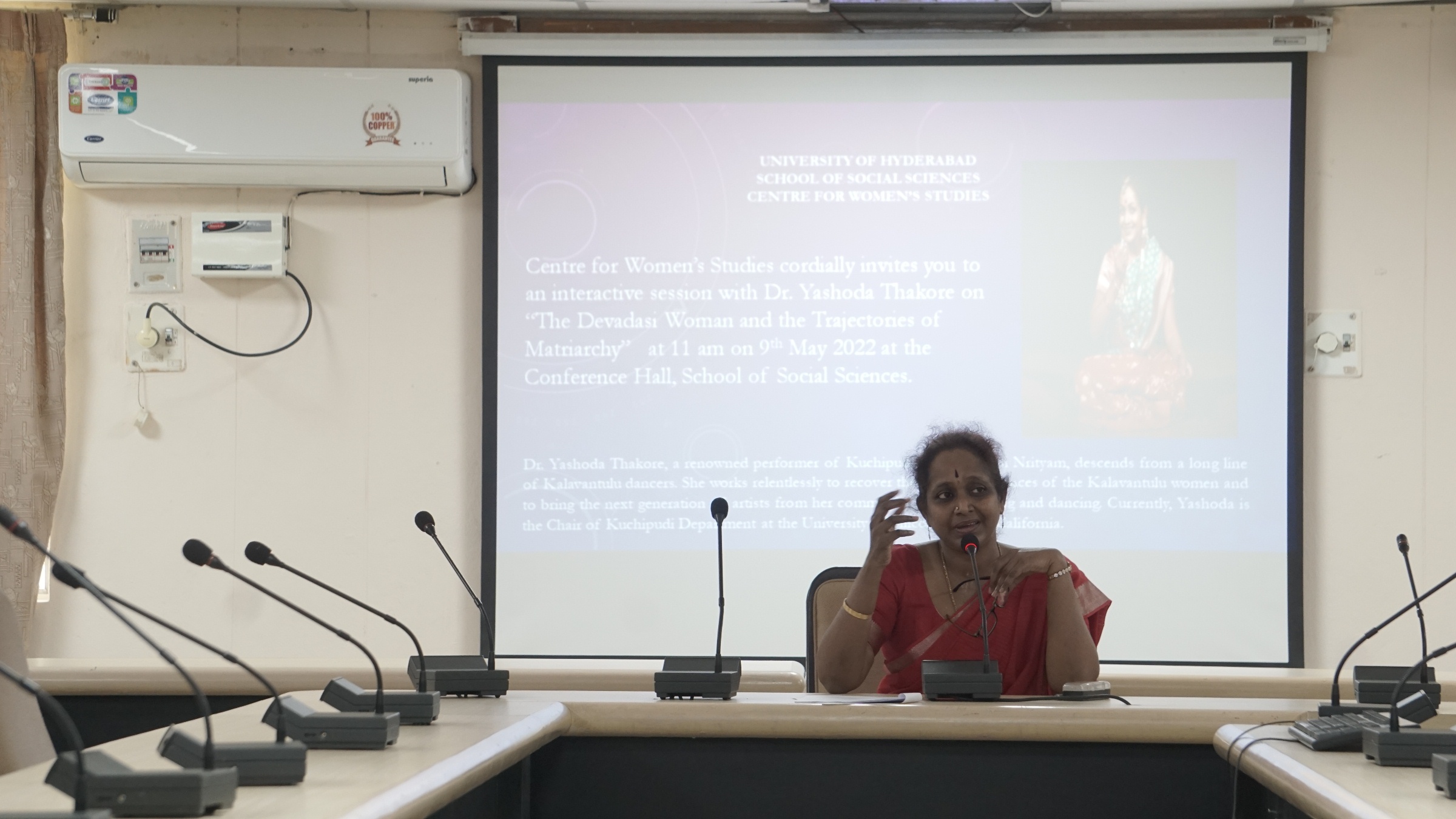 Dr. Yashoda who is an alumnus of the University of Hyderabad, also comes from a proud lineage of ‘Kalavanthulu’ women. She is an educator, a storyteller and a book-keeper of sorts of the layered history of the art form and a passionate proponent of bringing awareness and pride to the voices of the Kalavanthulu women. Currently, she is the Chair of the Kuchipudi Department at the University of Silicon Andhra in California.

Kalavanthulu means ‘the bearer of arts’, a term chosen by the community that was marred by a complex socio-political history of European patriarchy that attempted to re-invent their identity and ascribed disparaging meanings to previously used terms such as ‘bhogam’ (pleasure) and ‘sani’ (woman). 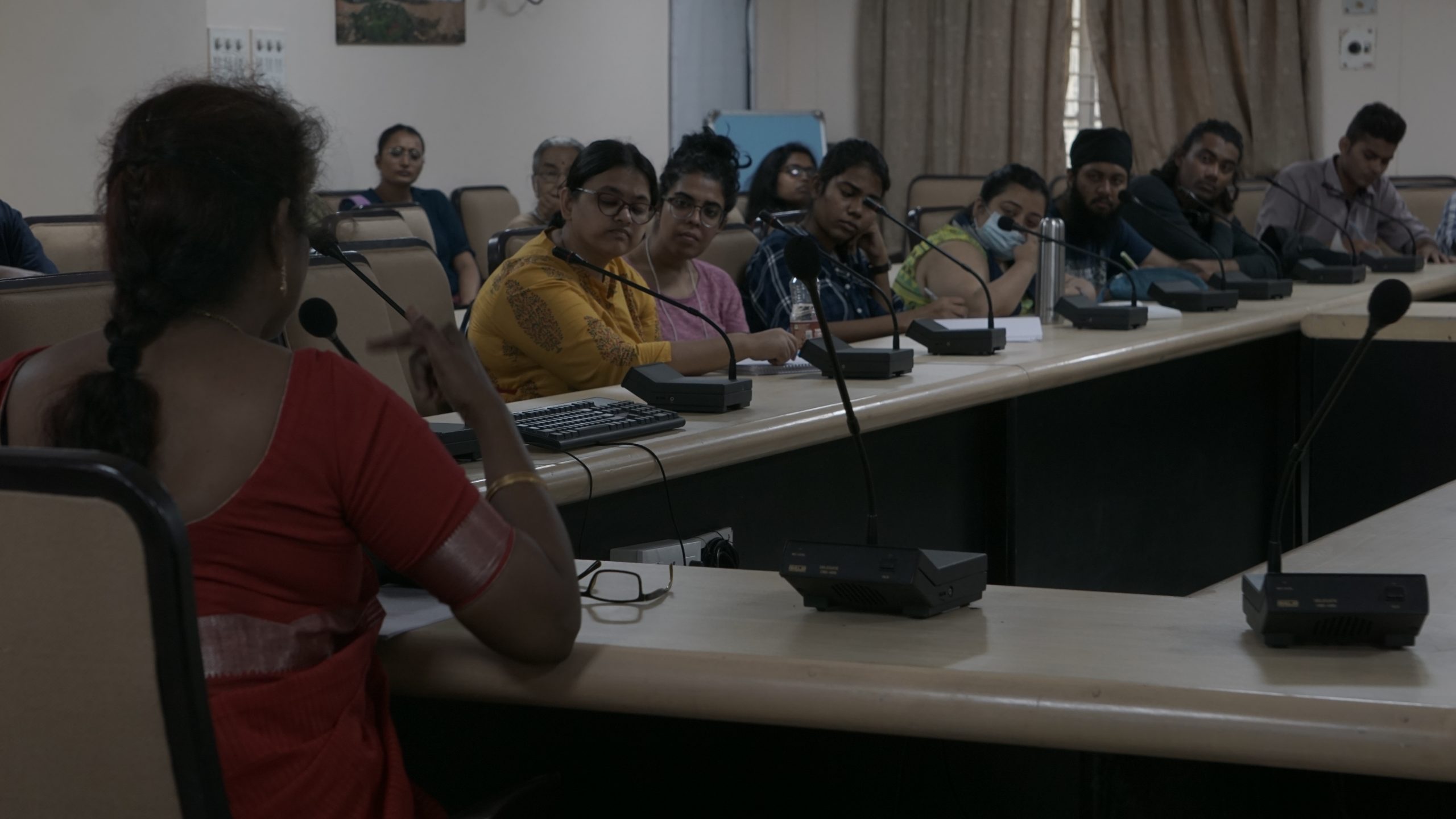 Dr. Yashoda Thakore was welcomed and introduced by Prof. K. Suneetha Rani, Head, Centre for Women’s Studies. From the beginning of the talk, Dr.Yashoda insisted on the importance of re-telling the stories of the Kalavanthulu community ‘by themselves’ instead of historians outside the community talking ‘about them’; a powerful act of reclaiming the lost voices, the misinterpreted legacy of the community in the aftermath of the legislation that criminalised their identities and livelihoods.

“So, even in the Act, you will notice that everything written in there is ‘about them’ and nothing is ‘for them’. When the Act came banning the Kalavanthulu women from dancing and singing, they were denied rehabilitation. It was almost like they told us to die”, observed Dr. Yashoda. 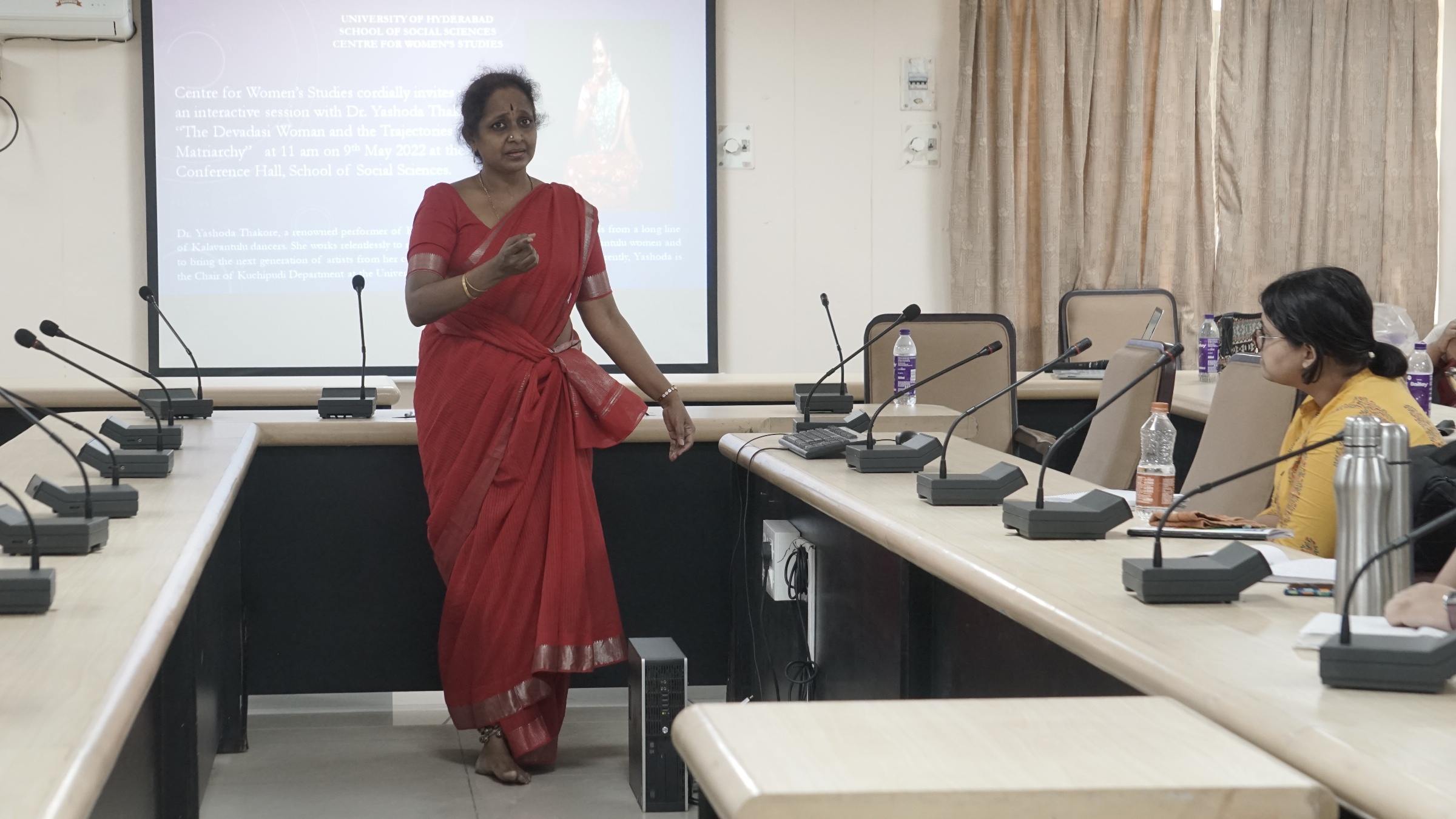 Dr.Yashoda brought forth arguments and highlighted contradictory perspectives from within her family and their unique relationship with the 1947 Act at an intersection of dance and critical feminist scholarship.

Apart from descriptions of insightful conversations with the artistes in her family and personal experiences, the talk was interjected with some beautiful dance renditions of Ballipadu songs by Dr. Yashoda. The audience was captivated by her impassioned ‘Abhinaya Nrityam’ and storytelling.

The talk ended on a hopeful note when Dr. Yashoda mentioned her niece and disciple Sagarika, the youngest in their family to pursue dance, “I realise how many generations later the ice of trauma begins to melt, ever so slowly but surely. Today, she is educated in the modern system and is proud to claim her identity as a dancer from the Kalavanthulu families.”