Understanding the contributions of Dr B.R. Ambedkar in 75 years of Independence 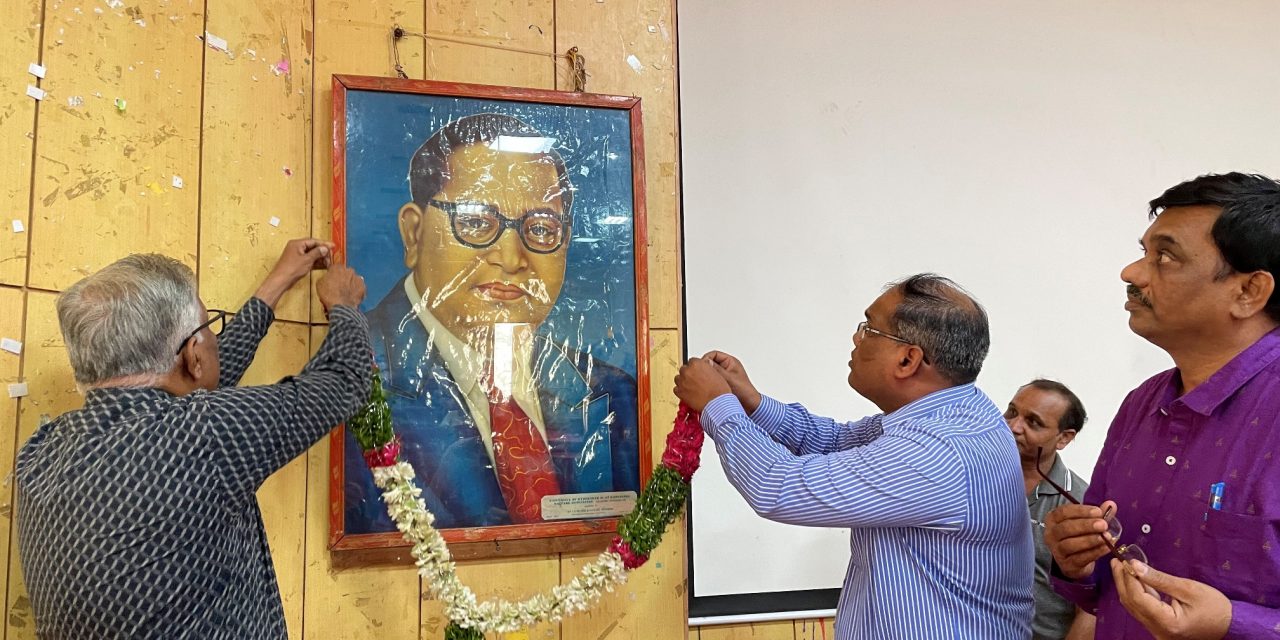 The program commenced with a welcome address by Prof. Santosh R Kanade, Deputy Dean of Students’ Welfare illustrating the life of Ambedkar and how important it is to recollect his contribution to the formation of modern India.

Prof. G Nagaraju, Dean Students’ Welfare (DSW)  moderated the panel discussion and introduced the students to the efforts taken by the University to inculcate the methodological and epistemological vision of Dr.Ambedkar in shaping the modern society through education. He also thanked the VC for encouraging the panel discussion 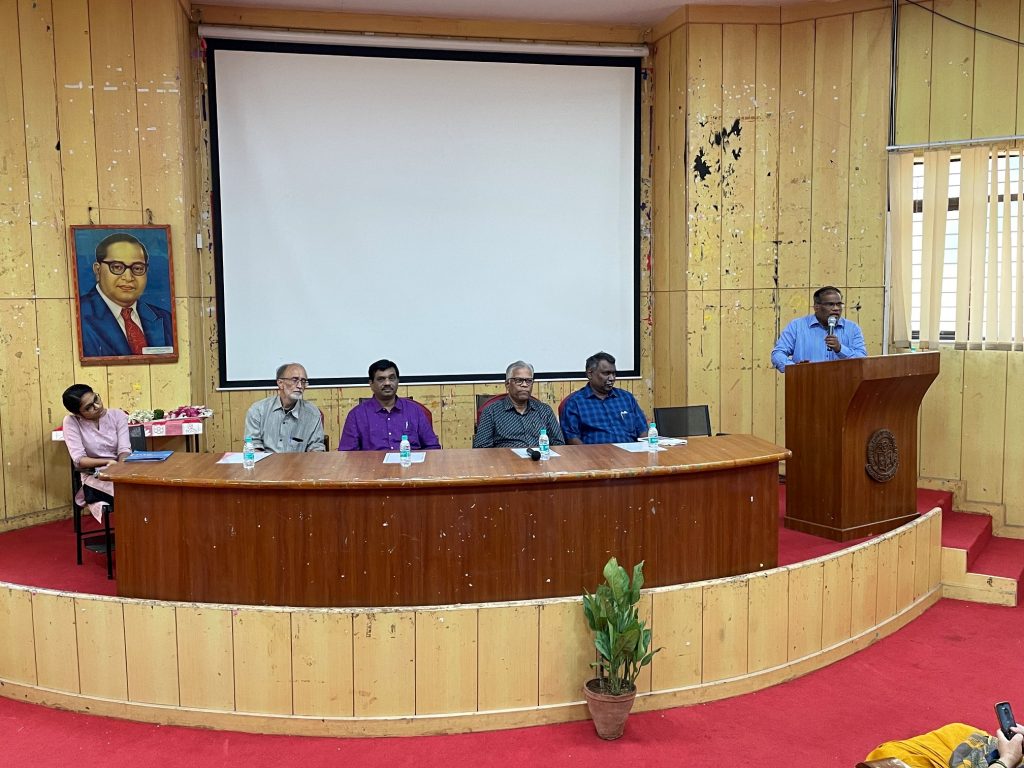 The address was followed by the floral tribute to the portrait of Dr. Bhim Rao Ambedkar by the Honorable Vice-Chancellor Prof. B.J Rao and the eminent panellists. 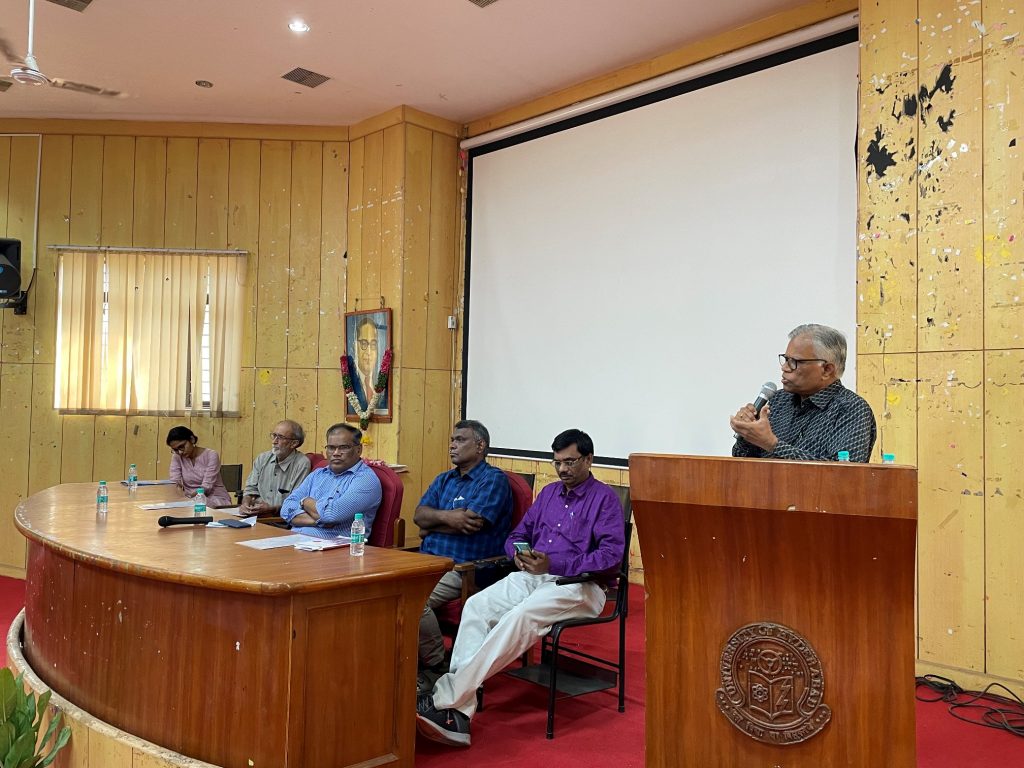 “I’m not an expert of Ambedkar but a worshiper and observer of what Ambedkar stood for and spoke about”, said the Vice-Chancellor. He talked about his stupendous contribution to the country and its constitution. He further added that society is dynamic in nature and it needs social reformers for its constant repair. It’s unfortunate to see how little of Ambedkar’s ethos are absorbed by us’. He stressed upon the relevance of internalizing Ambedkar and the need to achieve social and economic democracy. He also emphasized how students are the elements to bring change in an energetic and positive manner.

Dr. Anagha Ingole, Department of Political Science discussed Ambedkar’s role in the democratization of higher education in the country.  She mentioned how Ambedkar’s struggle against casteism inspired the change in the social composition of Student unions and evolved the character of research in the early 2010s. She also talked about the emergence of the Dalit parallel movement through cinema (from movies like Jai Bhim) and literature. 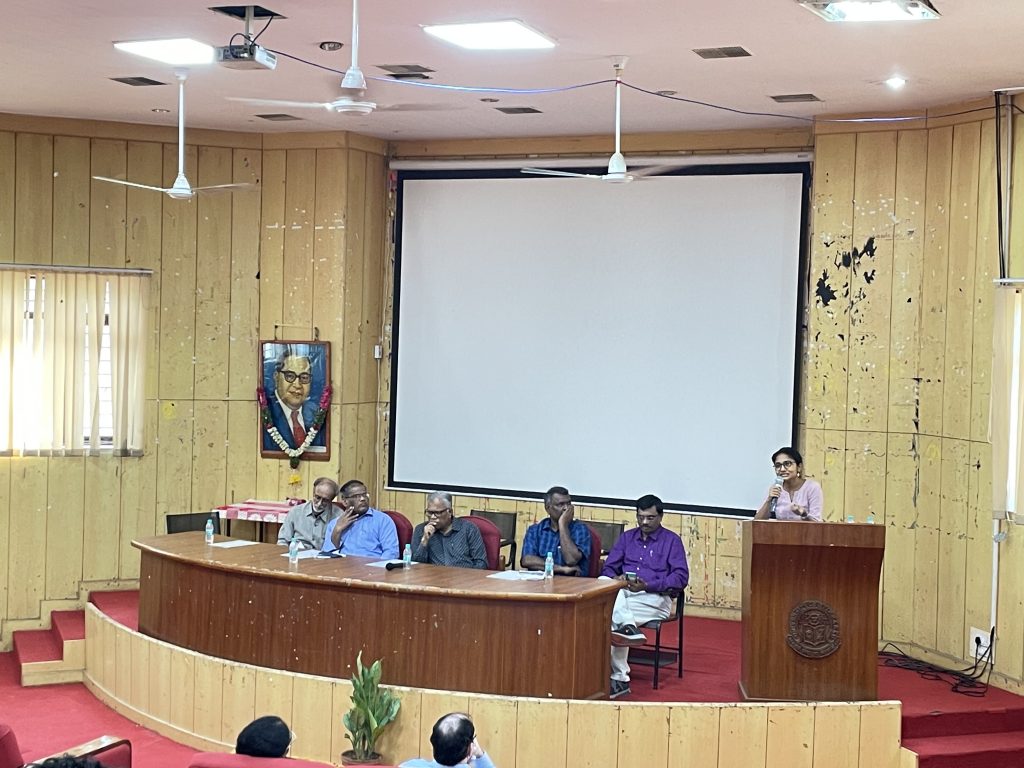 Prof Darla Venkateswararao, Head, the Department of Telugu highlighted the contributions of BR Ambedkar in the anti-caste movement and his struggle for social and gender justice.

Adding on to the discussion, Professor P. Thirumal, Department of Communication, S.N. School of Arts & Communication gave insights into the ancient past through his philosophical drawings. He talked about B.R Ambedar popular writing ‘ The Annihilation of Caste ‘ and the social exclusion of marginalized groups in early Vedic and later Vedic societies. He also discussed how ontology can be used to study Ambedkar and the dominance of western scholars in social and anthropological domains of Ambedkarite studies. He remarked,’ Idealities govern what is to be changed in the society.

Prof. Sasheej Hegde, Department of Sociology, School of Social Sciences insisted on looking at the text and the writings of Ambedkar not from the lens of rationality but subjectivation. He attempted to share narrative structures shared by Ambedkar on the status of equality and how he articulated both Buddha and Dharma.  He also said that the transposition of knowledge into an experience liberates us. He criticized the politics of recognition and said, “Ambedkar needs to be seen more than a critique and an icon of Dalits’.

The discussion witnessed the enthusiastic participation of faculty and students of the University of Hyderabad and concluded with a vote of thanks by Prof. Santosh R. Kanade, Deputy DSW.

Contributed by Hemlata Rawat, Department of Communication at University of Hyderabad