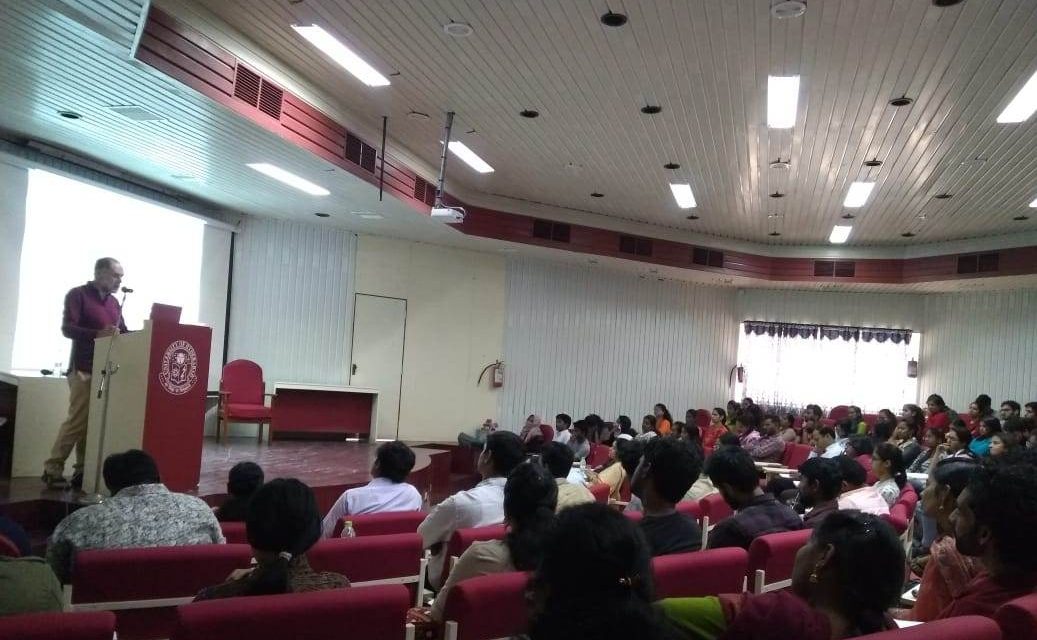 The School of Medical Sciences, University of Hyderabad organised a one-day workshop on ‘Qualitative Research Methods and Analysis’ by Prof Richard Rose, University of Northampton, at CV Raman Auditorium on 28 January, 2020.

Richard Rose is Professor of Inclusive Education, and Director of the Centre for Education and Research at the University of Northampton, UK. He has previously held posts as a teacher and principal of schools in several parts of the UK, and was also an inspector of special and primary education. Richard has conducted research in several parts of
the world, with a particular interest in inclusive education and poverty. He recently led a four year longitudinal study into special education provision in Ireland, the largest study of such provision ever conducted in Europe. Richard has been working in India regularly
since 2000 with teachers in wide range of schools. Working with colleagues in Bangalore he has assisted in the development of a MA Programme in Inclusive education and is currently supervising the PhD research of a number of students based in India.

The workshop began with Prof Richard examining the research process and talking about its various paradigms and approaches. He then performed a qualitative interview and recorded observations as a research method. He also spoke about coding and managing qualitative
data in research.

The workshop was concluded by an interactive session with students by Professor Rose to answer queries and clear their doubts.