Aerosol particles below 3 nm which can reach sizes having climatic impacts, formed frequently in urban locations in India

Study by Researchers at University of Hyderabad

Aerosols are tiny solid or liquid particles suspended in the atmosphere. Scientists, characterizing the concentration, size and evolution of aerosols smaller than 3 nanometres at an urban location, Hyderabad, in India, have found frequent formation of sub-3nm neutral aerosols in the atmosphere. This has critical importance as a major fraction of these newly formed particles can reach sizes of cloud condensation nuclei where they have climatic impacts.

The formation of small molecular clusters of sub-3nm and their subsequent growth to the large sizes is called atmospheric new particle formation (NPF). NPF occurs everywhere in the terrestrial troposphere, and therefore it is a large source of aerosol numbers to the atmosphere. Though extensively studied globally using field observations, laboratory experiments and modelling approach, it is largely unexplored in India. 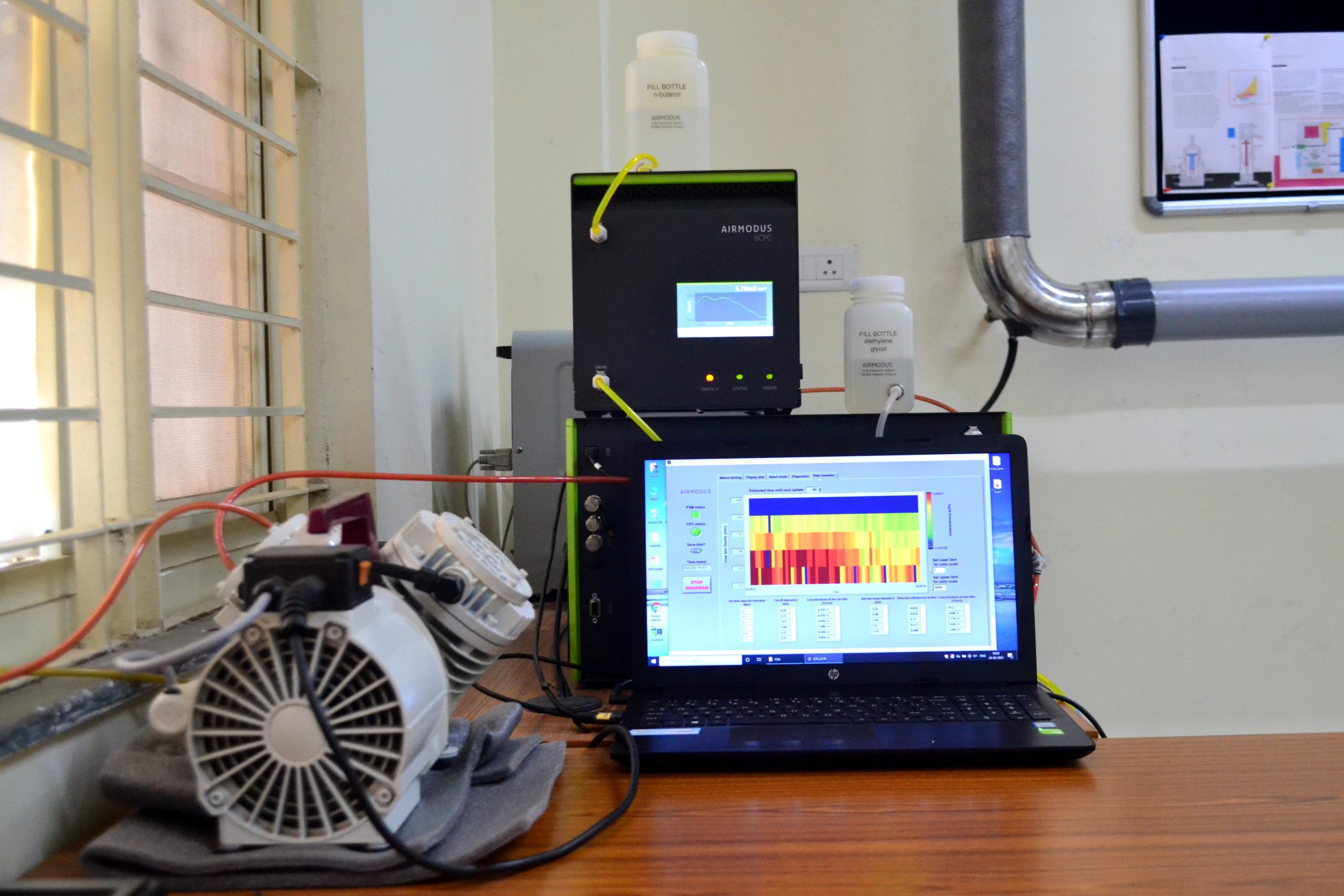 Dr Vijay Kanawade and Mr Mathew Sebastian from the University of Hyderabad measured neutral sub-3nm particle concentrations at an urban location in India and reported the formation rate of small molecular clusters, for the first time, in sub-3nm size regime, where aerosol nucleation triggers. The researchers have used AIRMODUS nano Condensation Nucleus Counter (nCNC) to measure particle size distribution in the size range of 1 to 3 nm diameter since January 2019 at the University of Hyderabad campus site. Dr. Jeff Pierce from Colorado State University, USA was also part of this study. Their findings published in the journal ‘Atmospheric Environment’ showed that a pool of sub-3nm particles is often present in the atmosphere, but how fast these clusters grow depends on various factors. 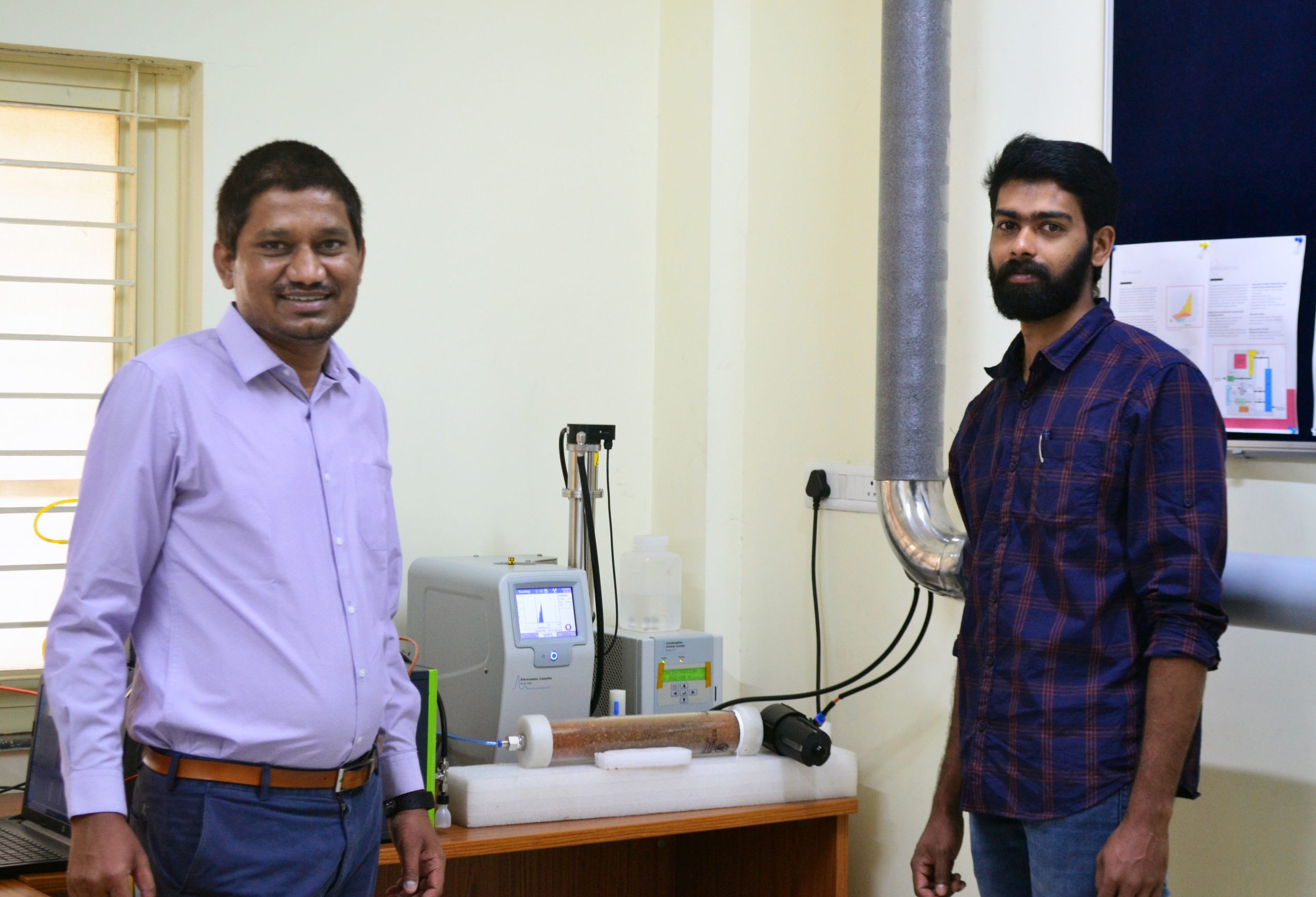 Dr. Vijay Kanawade and Mr. Mathew Sebastian from the University of Hyderabad at the Aerosol Physics Laboratory

The team found a strong positive correlation between sub-3nm particle concentrations and sulphuric acid concentrations, confirming the potential role of sulfuric acid in the formation of sub-3nm particles. While NPF often starts with sulphuric acid in the atmosphere, sulphuric acid alone fails to explain observed particle formation and growth rates in the atmosphere. Other vapours such as ammonia, amines and organics play a crucial role in the growth of newly formed particles. Moreover, these newly formed particles did not always grow to large sizes, and the team hypothesized that the particle growth was limited by lower concentrations of condensable vapours such as organic compounds, calling for research using state-of-the-art instrumentation to understand the mechanisms driving NPF in diverse environments across India.

This work has been recently published in the ELSEVIER journal ”Atmospheric Environment”.