The International Conference on “Development or Distress: 21st Century Indian Immigrants in the Persian Gulf” organized by the Centre for the Study of Indian Diaspora (CSID), School of Social Sciences was inaugurated on 11th March 2013.

Indian migration to the Persian Gulf started as early as 1930s after oil was discovered in the region, it was in the early 1970s that the large scale migration took place as a result of the price hike of oil and the consequent earnings of large revenues accelerated the process of industrialization and social change in the GCC states characterized by massive investment in social and economic infrastructure necessitating the service of large number of foreign workers. The migration to the Gulf countries started with few thousands per year during the middle of 1970s and assumed large proportions during 1980s and 1990s. In the year 2002, it was estimated that about 3.6 million Indians were in the GCC states.

Participants at the International Conference on “Development or Distress: 21st Century Indian Immigrants in the Persian Gulf”

According to the Ministry of Overseas Indian Affairs, “Indian technicians, nurses, teachers and other professionals handle almost the entire services sector in the Gulf. Around 70% are engaged in semi-skilled and un-skilled work; while 20-30% comprises professionals and other white collared workers”. Migration from India mainly took place from the states like Kerala, Tamil Nadu, Andhra Pradesh, Karnataka, Punjab, Goa, Delhi and Gujarat. Migration from Kerala only account for about more than 50 per cent of the total stock of Indian migrants in the Gulf, Tamil Nadu ranks second followed by Andhra Pradesh, Karnataka, Uttar Pradesh and Punjab. Migration of Indians to the Gulf countries is not only influenced by economic factor but also by many other factors like caste, religion, and geographical location. The lower castes and tribes had a greater propensity to migrate, and many of them migrated for short-term; low skilled and low paid workers with the highest levels of vulnerability and lowest level of social protection. Although literature on Indians in the Persian Gulf overwhelmed with the economic contribution of Indians to the homeland in the form of remittances, the reality is that majority of the immigrants, especially under the unskilled and semi-skilled categories, do not earn enough of money either to maintain a decent live in the host country or to sustain their family back home, let alone contributing towards economic development of the homeland. They face discrimination in getting salaries and sometimes they are ill-treated by their owners. They have to live in the labourer’s camps which are in some cases located near to the work places and in other cases they are located in isolated places far away from the work places. The difficulty in accommodation, food and salary is not an end to the miseries of migrants.

Migrants with a tourist visa in the Gulf countries face severe hardships than other migrants as they are treated illegal once their visa period expires which resulted in severe punishments, deportation or being sent to jail. The social and economic impact on the returnees and their families back home is further complicated once they return from the Gulf without major savings. They also do not get significant support from the government in order to rehabilitate in their local settings. This conference addresses some of these issues, although the themes listed below are not exhaustive. The main purpose of this two days conference is to bring together scholars from India as well as from overseas to a common platform to discuss and debate on the following issues:

Ø Contemporary patterns of Indian immigration to the Persian Gulf

Ø Issues of return, re-migration and the government response

Ø Comparative perspective of South Asian immigration to the Persian Gulf 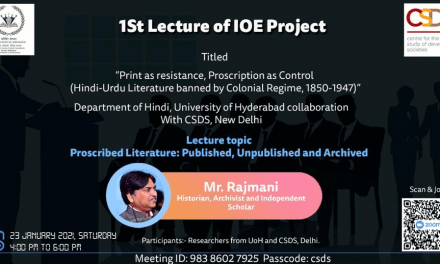 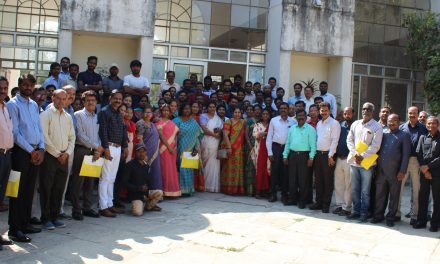