Me and My Plays

During his lecture to the students and faculty of UoH, Mahesh Dattani reflected on the highs and lows of his exemplary career in theatre with wit, candour and eloquence. He shared that plays are primarily written for stage performance and is the best way to understand and learn about them. Why a writer has chosen a particular vocabulary etc. can be understood only when a play is performed, added Dattani.

Dattani’s experiences of writing plays had a wonderful influence on the audience as they were able to identify and relate to the characters of his plays. He also spoke on his foray into theater and his passion for writing his own plays.

Shri Mahesh Dattani is a playwright, stage director, screenwriter and filmmaker. His published work includes Final Solutions and Other Plays, Tara, Collected Plays (in two volumes) and Brief Candle and Other Plays. In 1998, he became the first Indian playwright in English to receive the prestigious Sahitya Akademi ward for his Final Solutions and Other Plays. His plays have been produced in all the major cities of India and also in London, Leicester, New York, Washington, DC, Sydney, Colombo, and Dubai and so on. His film Mango Souffle was adjudged the best motion picture at the 2003 Barcelona Film Festival, and his other Film Morning Raga won him the award for best artistic contribution at the 2004 Cairo Film Festival. 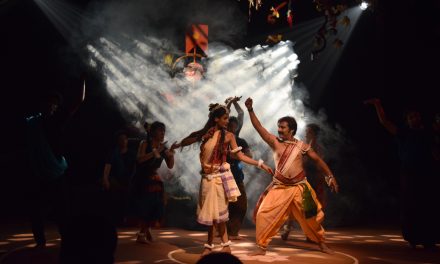