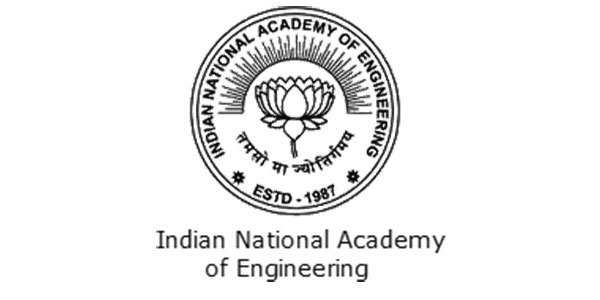 The award recognizes lifetime contribution in engineering made by eminent persons to any branch of engineering within the purview of the Academy. 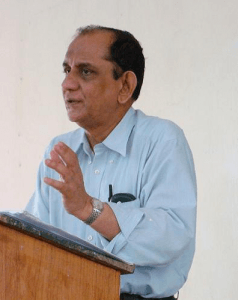 Prof. Padmanabhan has also been working in the area of nanostructured materials since 1994. He is the author of the well-cited models on Superplasticity/ Grain-Boundary-Sliding Controlled Flow in Microcrystalline, Sub-microcrystalline and Nanocrystalline Metals and Alloys, Intermetallics, Ceramics, Composites (both metal-based and Ceramic-based), Bulk Metallic Glasses, Geological and Glacial materials and the Inverse Hall-Petch Effect. Nature Materials (Vol. 4, No. 8, August 2005, p. 575) described his paper with H. Gleiter (Materials Science and Engineering A, 2004) in an editorial as a “break-through from India”. His models for predicting the forming limit diagram of steels and the limiting grain size obtainable in severe plastic deformation are also well-known. He was the Founder Professor In-charge of the Centre for Nanotechnology (CFN) at the University of Hyderabad. At Anna University Chennai he established the Siemens Centre of Excellence in Life Cycle Management and the Centre for Technology Development and Transfer (CTDT). In addition, he has been the Chairman of important committees of the Defence R&D Organization and Department of Information Technology, Government of India.

He is at present Professor of Eminence (Honorary), Anna University, Chennai, Member, Research & Innovation Advisory Board (RIAB), TCS as well as it’s Research Advisor. During Jan. – Dec. 2009, he was the Mercator Professor of DFG at the Institute of Materials Physics, University of Muenster, Germany. Before that, he was the Professor of Eminence, Anna University Chennai, India (Nov. 2006 to Dec. 2008). From March 2010 – April 2015, he was the University Chair Professor and Prior to that Jawaharlal Nehru Chair Professor (Sep. 2004-Sep. 2006) at the University of Hyderabad. He has also been a Visiting Professor at the Universities of Aachen, Darmstadt, Erlangen, and Karlsruhe Institute of Technology, Germany. A former Director of IIT Kanpur and Dean of Academic Research, IIT Madras, he has 48 years of research & development, consulting and teaching experience in materials science and engineering. He started his career in April 1972 at the Institute of Technology, Banaras Hindu University (now IIT Varanasi) (India) where he was a Lecturer (1972-74) and Reader (1974-79). In January 1980 he joined IIT Madras as the Professor and Head, Metal Forming Laboratory. During 1982 – 85 he served as the Head of the Department of Metallurgical & Materials Engineering of the same IIT. Prof. Padmanabhan established the Centre for Continuing Education at IIT Madras and was its Founder-Chairman from 1986-90. In 1984/85 he received a grant of DM 3.2 million from the Federal Ministry of International Cooperation (BMZ), Germany, through its implementing agency, GTZ (Agency for Technical Cooperation), for the establishment of an Indo-German Materials Testing Facility at IIT Madras. He was the founder Chairman, GATE (Graduate Aptitude Test in Engineering) – the qualifying test for admission with a scholarship to higher technical educational institutions in India – on behalf of the Ministry of Education, Government of India, for the First and the Second GATE examinations of 1983 and 1984.

Prof. K. Anantha Padmanabhan obtained his B Sc (Metallurgy) – a five-year integrated degree program in Metallurgical Engineering – from Banaras Hindu University (India) in 1968, securing the first rank in the university and (all possible) three Gold Medals and his Ph.D. from the University of Cambridge, U.K, in February 1972.