Young students will serve as the ambassadors for millets – Prof. B J Rao 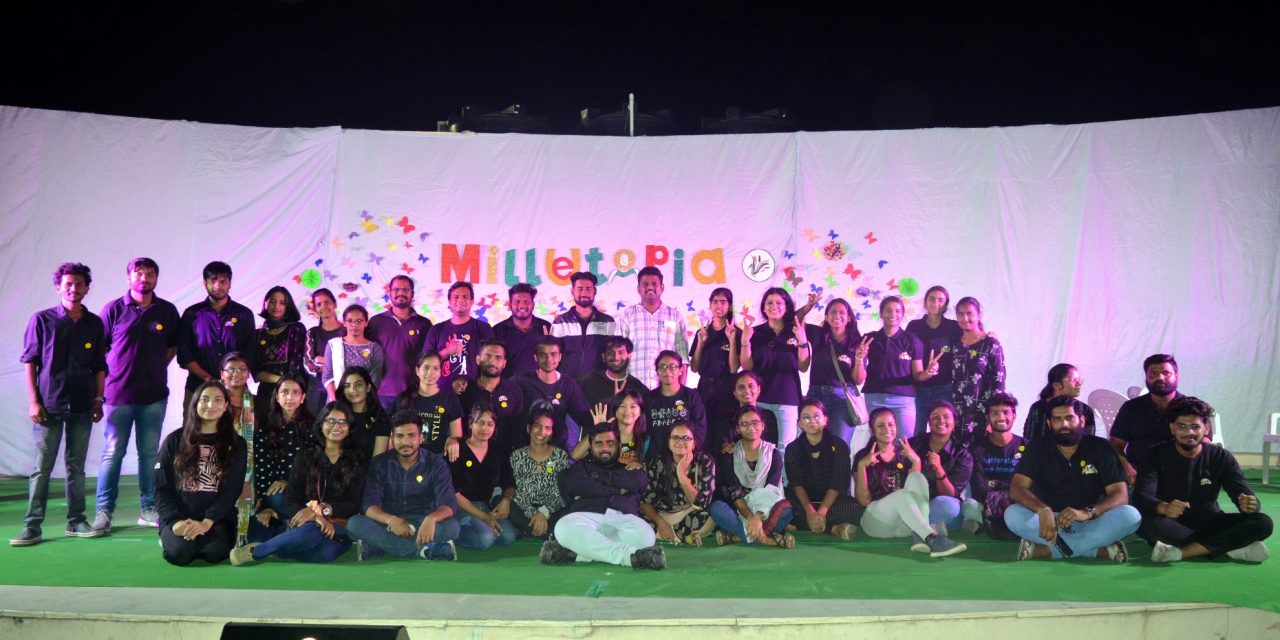 830 school students participate in Millet-Utopia, organized by University of Hyderabad as a part of IYM 2023

University of Hyderabad is playing an active role in celebrating the International Year of Millets 2023, and since October 2022, monthly events have been conducted relevant to millets and their importance. In continuation, a mega-event for school students was conducted on December 23, 2022, to spread awareness on the theme ‘millets for food and nutrition’ among the students of classes 8, 9, and 10. This program, named ‘Millet-Utopia’, received an overwhelming response from the schools, wherein 830 students from 34 schools in Hyderabad participated, along with 74 teachers. This event was organized by Dr. M. Muthamilarasan, Convenor, UoH-IYoM 2023, in association with the Indian National Young Academy of Sciences (INYAS), New Delhi. 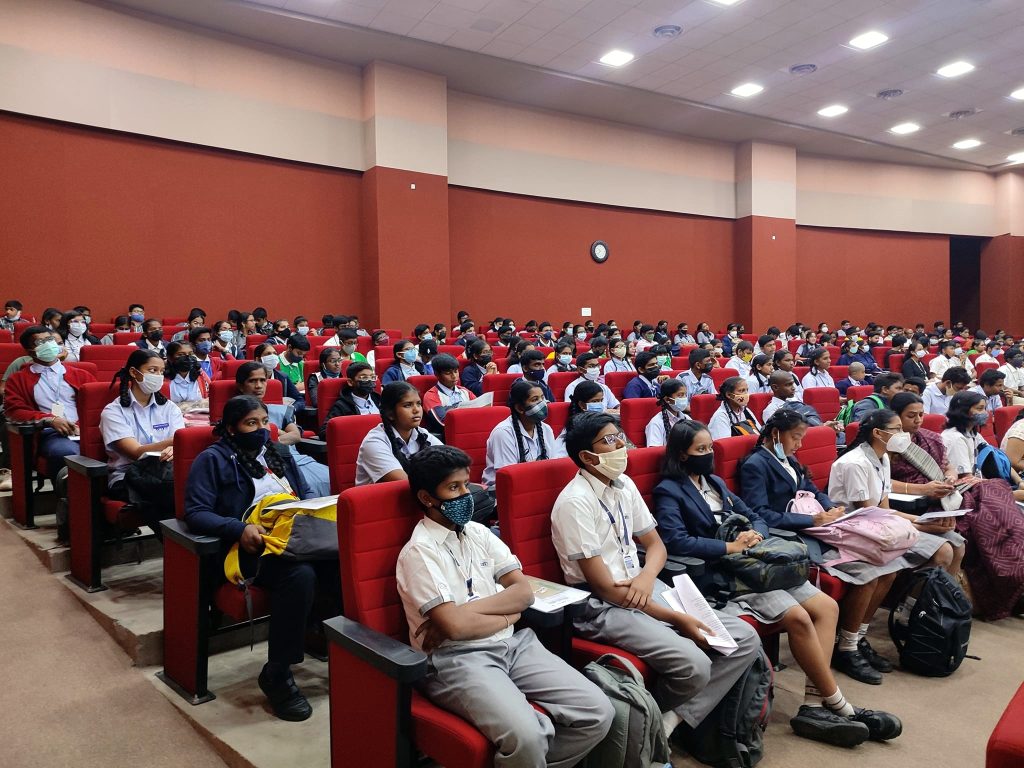 The inaugural function of ‘Millet-Utopia’ was held at the Auditorium of School of Life Sciences, in which Prof. Rajeev Varshney, Professor, Murdoch University, Australia, and Dr. Manoj Prasad, Senior Scientist, DBT-NIPGR, New Delhi joined as special invitees. Prof. S. Rajagopal, Head, Department of Plant Sciences, welcomed the participants and delivered the opening remarks. Prof. N. Siva Kumar, Dean, SLS, gave the presidential address, followed by the keynote address of Prof. Rajeev Varshney. Prof. Varshney showed the participants how genomics delivers improved crop varieties to the farmers and how genome sequencing of pearl millet played a role in accentuating India’s contribution to millet genome sequencing. Dr. Manoj Prasad described how millets could serve as a source of informative genes useful for climate-resilient agriculture. He showed an example of a small heat shock protein-encoding gene isolated from foxtail millet, which conferred tolerance to heat stress when overexpressed in rice. Students who attended the talks were very interactive and asked several interesting questions to both speakers. 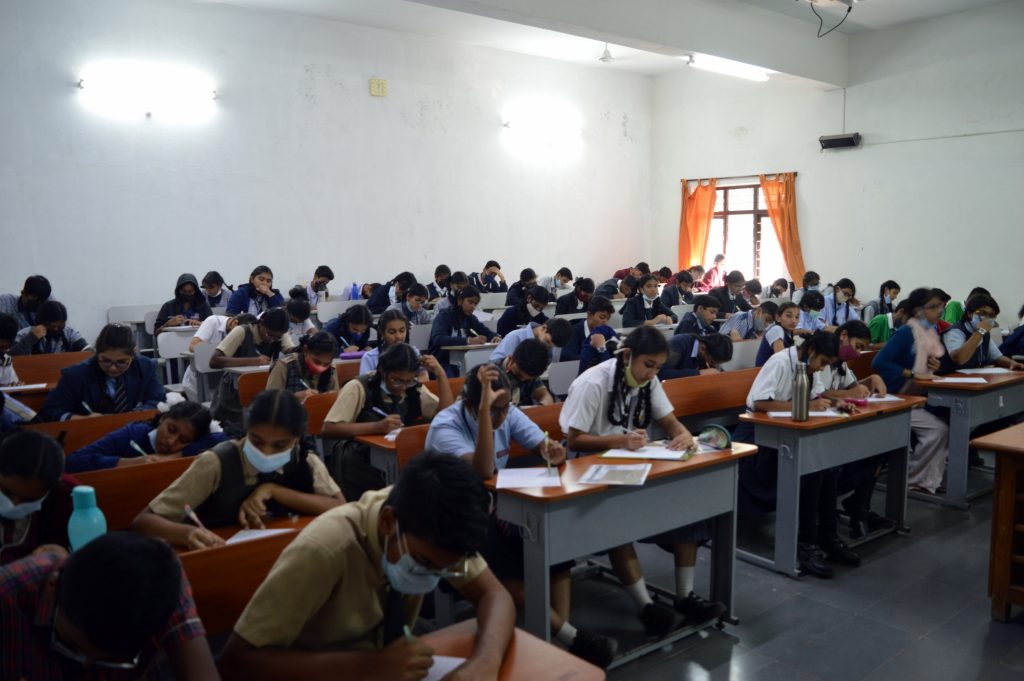 Later Dr. Mani Vetriventhan, Principal Scientist, ICRISAT, Hyderabad, delivered a talk on why germplasm conservation is essential. From his speech, students realized the importance of conserving the seeds for the future. Parallelly, the competitions were held at different venues in the SLS and CIS. Around 110 students participated in the quiz, which was held at the class level—students who qualified in the preliminary round contested in the finals. In paragraph writing, 147 students participated and wrote their perspectives on the questions asked on the spot. In the drawing, 221 students participated, gave shape to their imaginations, and brought them to reality through their sketches. Around 147 students gave a brief talk on ‘millets to mitigate hidden hunger,’ and a preliminary round was conducted before the finals. Twenty-four schools participated in the skit, where the students enacted short plays in SLS Seminar Hall, emphasizing the importance of millets. Similarly, 112 students participated in the debate, where students from different classes spoke in favour and against the motion, ‘can millets be food for the future?’ 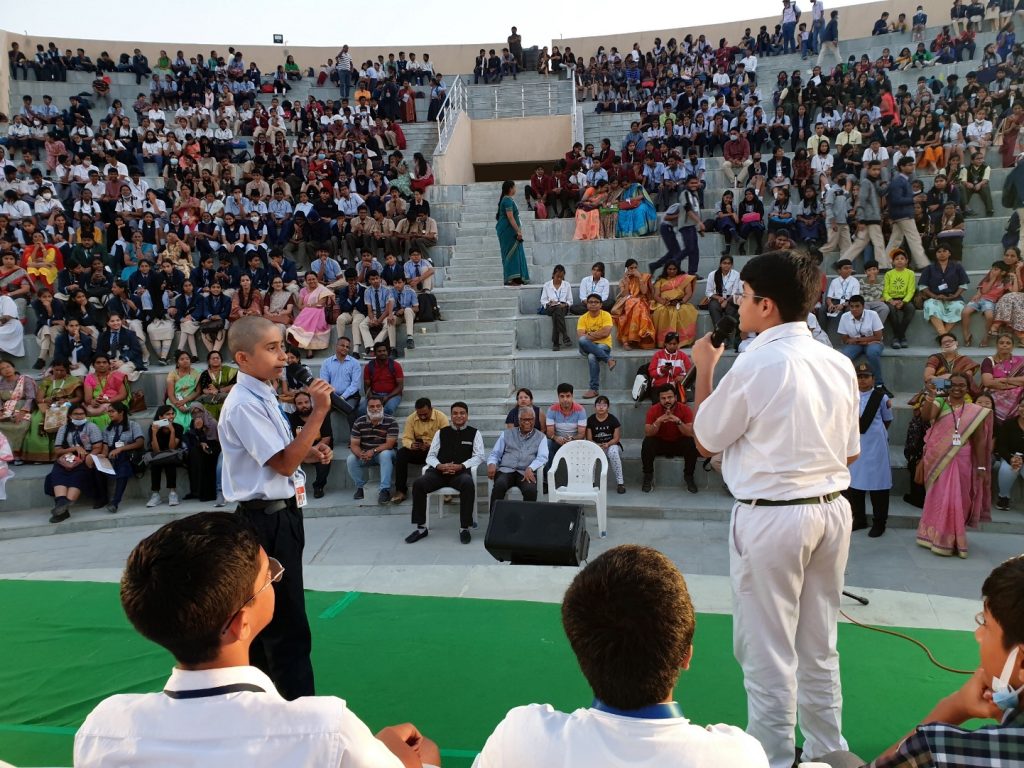 The valediction and prize distribution ceremonies were held at Amphi-Theatre at the Students’ Amenities Center. Hon’ble Vice-Chancellor, Prof. BJ Rao, was the Chief Guest, and Prof. Vineet P Nair, Chief Warden, was the Guest-of-Honour. Prof. BJ Rao also participated in the final round of debate held for Class 8 students in the Amphi-Theatre and posed challenging questions to the students that made them think and respond. Following this, the Vice-Chancellor addressed the students. He expressed his happiness in seeing 800+ school children on the campus who came to participate in the event related to millets. These students will serve as the ambassadors for millets, he noted. He also emphasized that the students should try having millet-based meals at home, and finally, he congratulated the winners. 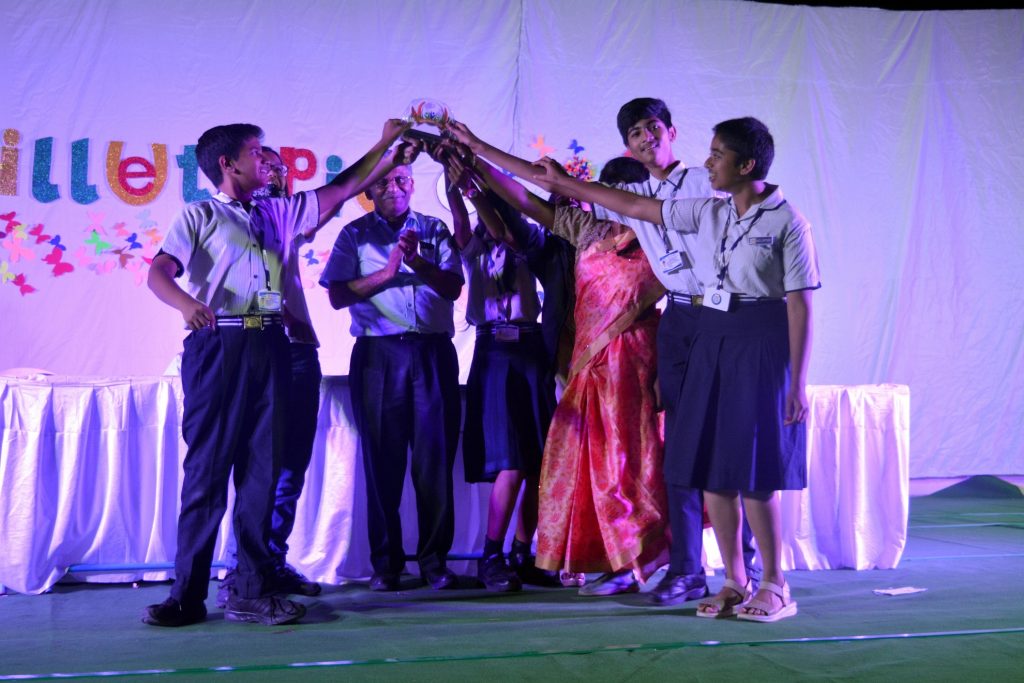 The respective students in-charges of different competitions then announced the winners, and the students were given prizes. Prof. BJ Rao gave prizes to the winners of quiz and paragraph writing competitions. Prof. Vineet Nair gave the prizes for elocution. Prof. N. Siva Kumar gave the prizes for drawing and skit, and Dr. Mani Vetriventhan gave the prizes for debate, and he also gave the students participation certificates. The function was formally conducted with a vote of thanks by Dr. M. Muthamilarasan. The convenor duly acknowledged the funding support from IoE and INYAS. The program gave an enriching experience to the students and also made them realize the importance of millets in addressing food and nutritional security. 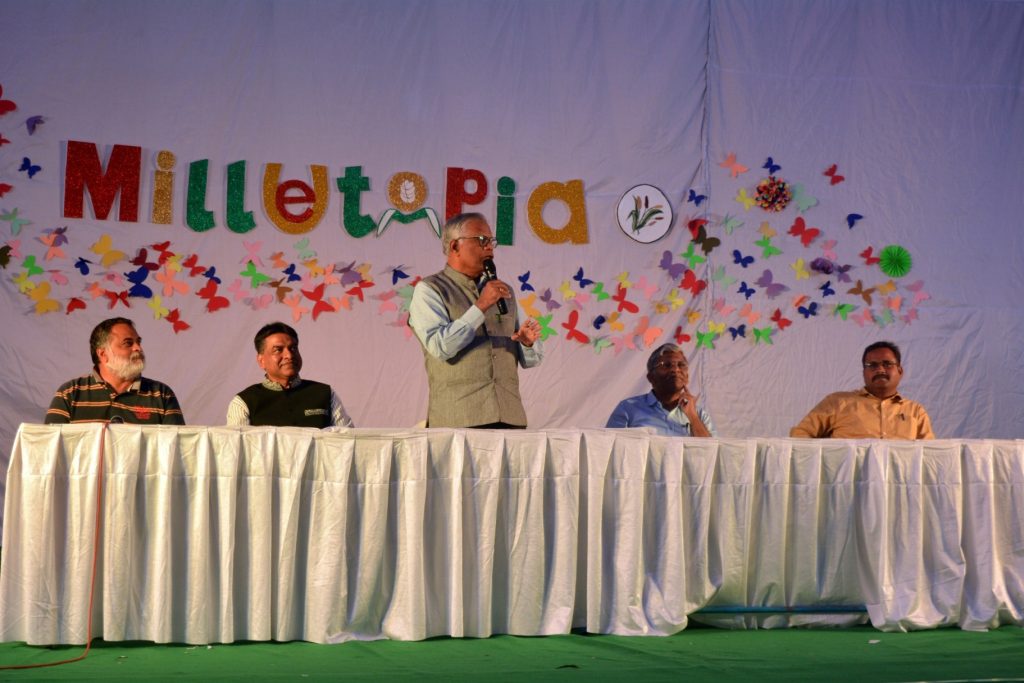 Given the overwhelming response from schools that actively participated in the event, it has been proposed to conduct this event annually in December.