Research collaboration between University of Hyderabad (UoH), National Institute of Nutrition (NIN) and IKP Knowledge Park over the last two years has culminated in the successful completion of a pre clinical study on anticancer drug Temozolomide in animal models. Temozolomide is the only drug approved for brain tumor, known as glioblastom multiforme in scientific term. The stability of this otherwise potent chemotherapy is compromised due to degradation in storage and shelf handling, causing dark brown discoloration of the drug powder. This problem is more acute in the hot and humid tropical zone IV countries of the world, including Asia, Far East and Latin America.

The research group of Prof. Ashwini Nangia at School of Chemistry, UoH developed stable pharmaceutical cocrystal of Temozolomide which overcomes the discoloration problem to give a stable, improved crystalline form of the drug. Then in collaboration with the laboratory of Dr. Dinesh Kumar, Scientist ‘E’ (Deputy Director) & Coordinator, Preclinical Toxicology at NIN, they tested the stable Temozolomide cocrystal with the reference drug in animal models to establish bioequivalence and bioavailability and drug transport. The Temozolomide cocrystal is 100-110% efficacious compared to the parent drug, the allowed range for bioequivalence being 80-120%. Additionally, pharmacokinetic parameters and hematology and drug metabolism and half life for the stable Temozolomide cocrystal are equal to or better than the pure drug. As a last confirmation, they showed that the active drug species is released from the stable cocrystal and was detected in rat brain tissue. In vitro data on human glioblastoma cell lines for Temozolomide cocrystal carried out at Life Science Incubator in IKP are equally positive.

This collaborative project is a success story of the Knowledge-to-Equity program of the Ministry of Science and Technology as part of which academic discoveries get a platform for drug translation to the market in PPP model. This pre clinical research project was part-funded by Department of Biotechnology under BIPP-BIRAC scheme to Crystalin Research, a start-up R&D venture founded by Dr. Nangia in 2010 at Technology Business Incubator on UOH campus. 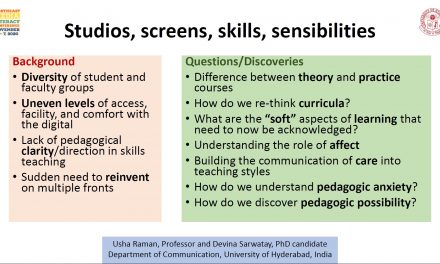