International Conference on Society, Religion and Modernity in India

A two-day International Conference titled ‘Society, Religion and Modernity in India’ was inaugurated on 28th November 2013 at the C. V. Raman auditorium on the University of Hyderabad (UoH) campus. This conference is jointly organized by the School of Social Sciences UoH and New Zealand India research institute.

Prof. T. K. Oommen, Centre for the Study of Social Systems, Jawaharlal Nehru University, gave the keynote address titled ‘Society, Religion and Modernity in Post Colonial India’ in which he said that India should be designated as a National State which is a conglomeration of several societies which co-exist in one sovereign state. He also suggested that the interface between Religion and Modernity in India must be captured in terms of four processes namely Homogenization, Pluralisation, Traditionalization and Hybridization, all of which produces a society whose complexity increases exponentially. He also suggested that India should consciously endorse the idea of National state which not only tolerates or accommodates cultural diversity but celebrates it.

The second keynote address was delivered by Prof. Aditya Malik, Associate Professor of South Asian Religion, University of Canterbury, on ‘Critical Modernity: Re-Envisioning Religion and Society in India’. In his lecture, Prof. Malik said that with the adoption of a political system of secular democracy after independence, India has sought to become a modern nation state with industrial and technological advancement, social justice and democratic freedom, accompanied with the aspirations to become a world power in the 21st century. According to one pervasive definition, a society becomes modern when individuals grow critical of religion, abandoning it to pursue the visions of democracy, technology, secularism and social freedom. In so-called ‘modernization theories’, religion represents everything that is rigid, ‘traditional’, oppressive and backward. In the long run, it is argued, religion will completely disappear leaving behind societies operating in a purely rational and scientific manner. However, the espousal of some of these ideas and the creation of a secular, democratic nation state in India grounded in the objective of progress has paradoxically not come without a tremendous cost: religious nationalism, ‘communalism’ and religious violence, social inequality, the marginalization of minorities, the oppression of women, poverty, and increasing social, religious and political fragmentation, he added. He further said that Religion certainly hasn’t ‘disappeared’. The source of all these complex problems is the uncritical and yet omnipresent acceptance and implementation at many levels of the vision of secular modernity along with its inherent paradoxes and systemic violence toward the individual, toward nature, and toward religion, that lies at the source of the immense social issues facing India today.

Renowned Thumri and Ghazal singer gave a special lecture titled ‘Beyond Boundaries: The Relevance of Medieval Poetic Traditions’. In her lecture she spoke on her engagement with the poetry of the Medieval Mystics. She stated that it is possible to be routed in One’s Tradition and yet be modern. This understanding informs my music and my life, she added.

Prof. Amitabha Das Gupta, dean, School of Humanities chaired this session. Dr. Sreepati Ramudu from the Centre for Study of Social Exclusion and Inclusive Policy proposed a vote of thanks. 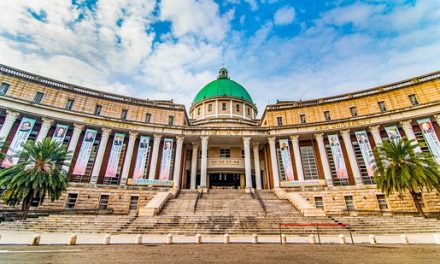